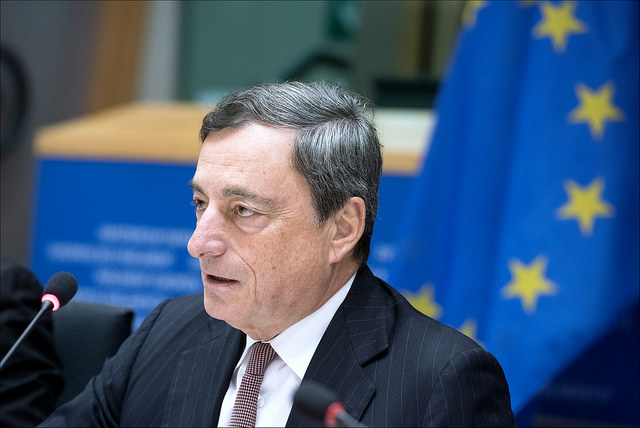 After maintaining a steady downtrend for the last six sessions in a row, the Fiber bulls attempted for an upward drift today. However, a major counter trendline confined the pair’s upside, disallowing above 1.1187 level. Even if the pair had made a triumphant march, breaching this counter trendline, then the overhead SMAs would have got activated. The ECB Monetary Policy decision remained at the center stage throughout the day. Today, though the policymakers decided to keep the interest rates unchanged, the future guidance revealed more Quantitative Easing. The ECB minutes read that the bank would prepare for more policy easing in the guidance plan. Along with that, the bank would also encourage the purchase of more bonds.

The Governing Council has tasked the relevant Eurosystem Committees with examining options, including ways to reinforce its forward guidance on policy rates, mitigating measures, such as the design of a tiered system for reserve remuneration, and options for the size and composition of potential new net asset purchases,” the ECB said in a statement.

Later, after the bank’s policy meeting, ECB President Mario Draghi mentioned some dovish stances on the economic outlook. Draghi highlighted that the rebound estimated to come in the second part of the year came out unreal. And, the President added that the incoming signs only showcased more weakness.

The Aussie pair had managed to stay within a more-than-a-month old uptrend channel until today. Notably, the tumbling rally triggered on July 18 possessed significant power that allowed the bears, to make happen this breakdown. Also, the Relative Strength Index (RSI) had drenched beneath 27 lowest levels, luring the sellers.

The RBA had come up with reductions in the interest rates twice since June, setting the interest rates to an all-time low of 1%. The policymakers mentioned that such a stance was taken, aiming to improve the overall economic growth and inflation rates. Today, RBA Governor Philip Lowe said, “Whether or not further monetary easing is needed, it is reasonable to expect an extended period of low interest rates.”

After taking a bounce off the 1-month old ascending slanting support line on July 18, the Greenback had undertaken the risk to test a major counter trendline. On July 22, the USD Index had managed to cross above the aforementioned barrier. Even today, the uptrend remained intact. However, the USD Index had to take some extra efforts while handling the robust 97.77 resistance.

At 16:56 GMT, the Greenback had almost breached the 97.77 level, moving above, marking daily high near 97.86 level. The US economic docket remained positive on Thursday with upbeat Jobless and Durable Goods data. The most crucial June Non-Defense Capital Goods Orders that excludes Aircraft reported 1.7% higher than the market expectation of around 0.2%.

Three days back, the USD/HKD pair had taken the initiative to make a breakthrough out of a major counter trendline. Following such a splendid breakout, the bulls appeared to remain quite entertained in the last few sessions.

However, the sturdy 7.8158 resistance handle restricted the pair’s upside today. This resistance handle had even played the role of a support line multiple times, earlier this month. Also, needless to mention, the firm support line stalled near 7.8016 level would have taken care of any substantial downfall in the pair.