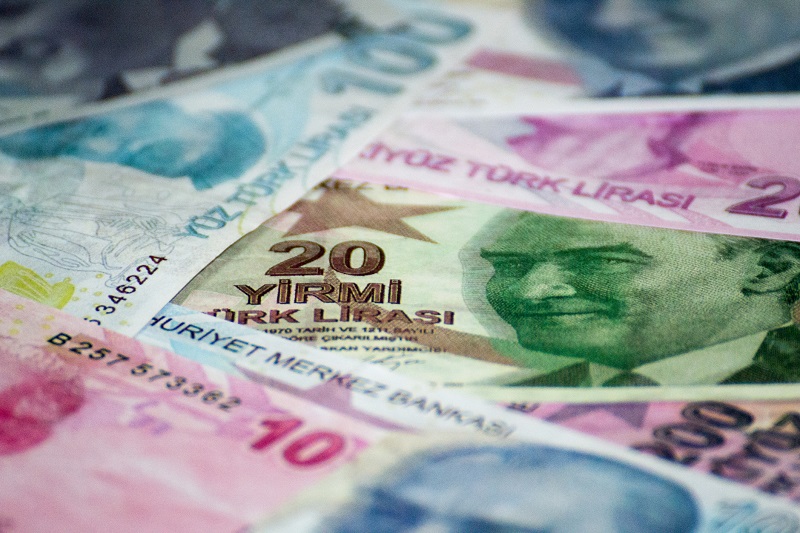 Turkey’s national currency Lira lost most of its value on Monday’s trading session. Conversely, the USD/TRY pair got elevated, marking the daily high near 5.7884 level. The negative sentiment aroused as President Recep Tayyip Erdogan fired the country’s Central Bank Governor. Reasons behind removal are still not evident. However, speculations suggest his reluctance to cut interest rates as the major cause behind ousting the Governor. Currently, the country economy is under pressure with rising inflation and rising GDP. Following such a detrimental act, investors cleared off a major chunk of their Turkish assets over fear. The Presidential decree for the same had come out on Saturday. As a result, the USD/TRY pair made a Gap-Up on the weekend, surging more than 2.78% since the last closing.

On the technical front, the Turkish Lira pair stood well above all the major SMA, supporting the positive price actions. Despite that, the pair gains remained capped beneath the robust 5.7686 resistance mark. The RSI indicated above 60 levels as buyers took over the sellers.

After facing a severe pullback on July 5, the EUR/USD pair had appeared to cling near 1.1228 mark. The pair quite smoothly managed to trace the same path in the Asian session on Monday. Positive German May MoM Industrial Production and Trade Balance data helped the pair to stay hold onto the consolidation range.  Somehow, there was some slight correction in the pair’s daily movements post-08:30 GMT.  The Eurozone July Sentix Investor Confidence reported data, disappointing the market participants. The consensus had hoped the Index to come out near 0.1 over previous -3.3. However, the actual figures got recorded near -5.8. Today, the US economic docket also remained light-weighted amid lack of significant events.

A decisive rally that had initiated from 0.6957 level on July 5 rebounded on hitting a 3-day old slanted descending resistance line. Even if the AUD/USD pair displayed price actions taking the pair above the aforementioned barrier line, the pair would have met a strong SMA conflux. This conflux comprised of the near-term 50-day & 100-day SMA and the most significant long-term 200-day SMA.

In the morning session, the June ANZ Job Advertisements got published. The statistics had previously reported as -8.2%. However, this time, the reports surprised the street analysts recording a positive 4.6%. At around 18:11 GMT, the Relative Strength Indicator was pointing near 34 level, revealing strong disinterest among the buyers.

The Japanese Yen pair opened up today near 108.48 level and showcased a slight downward drift in the early hours. Anyhow, the pair made a significant rebound motion over hitting the 108.30 support mark. From there, the Ninja pair maintained a healthy uptrend price action, breaching the 108.63 resistance handle. In the afternoon session, the USD/JPY pair was taking rounds near 108.72 daily high mark. The pair had attempted twice to make a break-through from this highest point but couldn’t make it a success. Earlier the day, BoJ Governor Haruhiko Kuroda mentioned that he had expected a moderate expansion in the economy, thereby allowing the inflation to meet the 2% mark. The Governor added that the Bank would make necessary adjustments in the monetary policy to attain its inflation target.