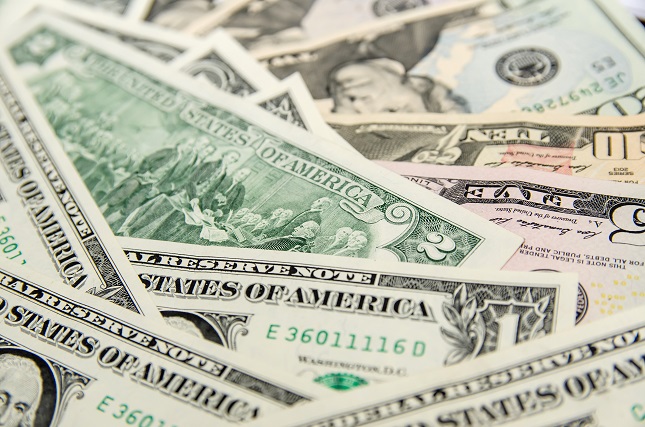 The Greenback was trading almost near its opening level in the North American session. Today, the bulls remained in a constant tug-of-war with the bears amid mixed US economic data releases. Anyhow, the highly critical August ISM Non-Manufacturing PMI reported 56.4 points, a solid 4.44% higher than the 54.0 points estimate. Also, the ADP Employment Change rose 53K this time over the previous 142K statistics. Even the Q2 Unit Labor Costs, Non-Farm Productivity, and July MoM Factory Orders recorded upbeat data, pleasing the bulls.

On the other side of the equation, the downbeat Jobless data, Markit Services PMI, Markit PMI Composite ensured to entertain the bears.

On the technical side, the US Dollar Index continued to hover well above the green Ichimoku Clouds, strengthening the long term bulls. Today, the Greenback had moved above the base line. Nevertheless, the bulls were struggling to get away from the conversion line in order to confirm a positive trend.

Despite an adverse July Trade Balance data release, the Aussie pair bulls continued upliftment for the third day in a row. Notably, Australian July Import data stood near 3.0% while the Export data reported hardly 1.0%. In that way, the Trade Balance came out near 7,268 million over the market hopes of around 7,400 million. Somehow, the daily gains of the pair got capped near the sturdy 0.6818 resistance handle.

Suppose if the pair bulls had marched triumphantly above the aforementioned resistance mark, then that would have activated the overhead SMA conflux. Meantime, the Stochastic Oscillator has knocked the over-bought level, looking for a rebound price action in the near term.

The Swiss Franc pair was forming a rising wedge bearish pattern since mid-August. Today, the USD/CHF pair was moving upwards in order to justify the rising wedge. Quite remarkably, the pair was trading well above all the significant SMAs, supporting the bulls. On further upward drift, the pair would have tested the sound 0.9873 resistance level.

On the fundamental side, the Switzerland Q2 Gross Domestic Product (GDP) data release was something quite crucial for the pair. Unfortunately, the Q2 YoY GDP came out 0.2%, 0.7% lower than the consensus estimate of 0.9%. Although the Q2 MoM GDP recorded upbeat data, the market appeared to ignore it and focus on the YoY data.

After reaching the 1.6070 mark last day, the Fiber had tested the overhead red Ichimoku Clouds. Anyhow, the EUR/USD pair had failed to make a triumphant march and rebounded to the downside. Today, the pair kept the downtrend intact and was heading southwards. It seemed like the overbought Stochastic Oscillator was playing its role in shedding the accumulated gains of the pair.

Earlier today, the German July MoM Factory Orders recorded lower than the market expectations. This Orders data came near -2.7% in comparison to the consensus estimate of -1.5%.

In the interim, the EUR/USD pair stood above the base line and the conversion line, developing a bearish sentiment. If the pair had moved further upside then, that would have opened fresh challenges on the overhead 100-day and 200-day SMAs.