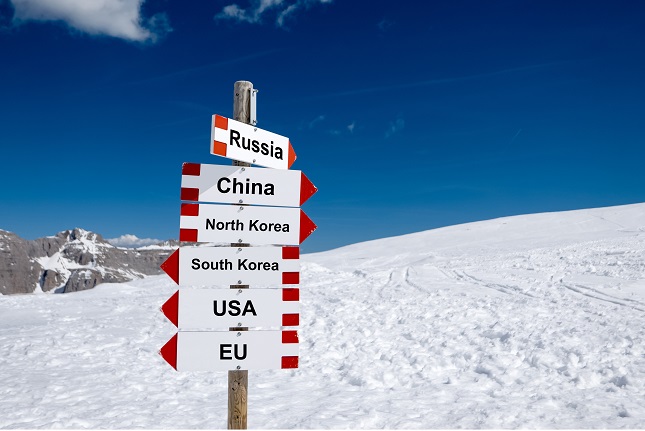 The safe-haven pair initiated trading on Monday morning near 109.60 levels and maintained a good upward movement. The early upliftment led the USD/JPY pair to reach near 109.80 levels in the Asian session. The pair remained in a consolidation state until around 05:00 GMT when the JPY March Economic Index came out. This index reported approximately 96.3 points to the estimates of 97.3 points. The tumbling effect got bestowed with the falling USD Index amid escalating trade tensions. Today, China retaliated against the US by imposing tariffs on US imports. The weakness in the Greenback got reflected on the performance of the USD/JPY pair, making it drop 0.61%. The USD/JPY pair was attempting in the NA session to recover the incurred ‘day’s losses. The pair was taking rounds near 109.16 levels at around 16:40 GMT.

The Loonie bulls seemed to possess less power. Today, the pair attempted to breach the strong resistance near 1.3480 levels, but couldn’t accomplish. The Loonie made a remarkable upswing from 1.3422 levels to 1.3480 levels. The USD/CAD pair had showcased a similar bounce from this robust resistance level on May 10. The Crude prices arouse reaching near $62.60 per barrel amid the destruction of Oil vessels in UAE. However, there appeared only a minor impact of oil upsurge on the Loonie. The primary issue of concern was the US-Sino trade conflict. The trade dispute worsened as China retaliated to the latest US tariffs. China has increased tariffs on over $60 billion US imports. This weakening of the overall economy affected the Crude prices making it come down near $62 per barrel.

The Aussie pair opened up at 0.6976 levels and created many lows during the day. The lowest level got recorded near 0.6967 levels. Despite the pullbacks, the pair tried to reach the resistance point around 0.6978 and breach it further.  In the Asian session, the Governor of Reserve Bank of Australia expressed his views on Interest Rates. His statements stood unpleasant over the AUD/USD pair.

At around 15:30 GMT, the Aussie Dollar marked fresh high near 0.6984 levels. The US Dollar Index that computes the Greenback against the six major currencies decreased 27 pips reaching 97.03 levels. The slump in the USD occurred after the escalation of the US-China Trade war. Today, China responded through its retaliation over the Trump-led-Tariffs on Chinese imports. This act pressurized the traders to move towards safe-haven assets than the Greenback. Hence, the Green money plunge drove the AUD/USD pair downwards. ‘China’s economic growth got impacted by the ongoing US-China trade deal.

The Fiber started trading near 1.1232 levels and remained consolidated in the Asian session. During the second half of the day, the pair recorded a significant upliftment. The EUR/USD pair bounced for the second time from the healthy resistance level near 1.1230 levels after May 1. The pair rebounded to its ‘day’s opening point. Absence of EUR-specific event for the day. However, the primary rationale for the elevation was the USD plunge. The US Dollar Index that measures the Greenback against the six significant rivals touched 97.03 levels. Amid rising trade tensions, investors found it safe to invest in other safe-haven assets like gold, etc. This sentiment developed heavy selling pressure on the US Dollar Index, benefitting the major rival EUR/USD pair.

Meanwhile, the FOMC member Richard Clarida, talked about US MPC decisions today. He stated that the American economy is close to achieving the Fed’s dual goal. His optimistic talks helped the USD to uplift taking way the Fiber gains.