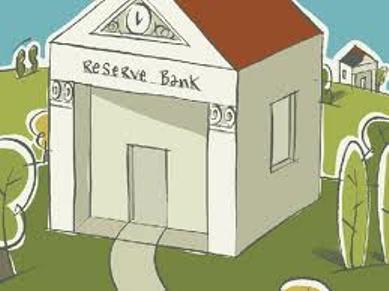 The US dollar continued to weak this morning dipping 6 points after lackluster housing data hit the wires on Monday afternoon. The greenback is trading at 94.68. Traders are preparing for the Federal Reserve two-day meeting that commences later today. Although no changes are expected and there is no press conference scheduled after the meeting traders are thinking that the Fed statement will leave the door open to a rate increase at the June session.

The European Central Bank president signaled last week that policy on his side of the Atlantic is going on hold as officials wait to see how their stimulus measures play out according to South China Morning Post. That pause may hand the US Federal Reserve chair an opportunity to raise interest rates in coming months, by reducing the risk of a sharp rally in the dollar if the policies of the two central banks conspicuously diverged.

“The reality for the ECB is the euro zone isn’t in nearly as bad a shape as Draghi would like to make out — it pushes the currency and gives the Fed far more room to move,” said Rob Carnell, chief international economist at ING Bank NV in London. “Sometime in the third quarter sounds like a reasonable bet for me but I wouldn’t rule out the second quarter.”

Investors see zero probability the Federal Open Market Committee will hike today’s meeting and only about 20 per cent chance of a move at its gathering in June, eight days before Britain holds a referendum on whether to remain in the European Union. The euro is currently trading at 1.1269 dipping a bit after lackluster German business expectations data on Monday.

The FOMC is expect to raise rates twice this year, according to projections they updated in March. A gradual recovery in the euro area that supports an appreciation in the single currency will strengthen their case, though the US economy still faces obstacles.

At the start of the year, the dollar reached the highest level since 2002 in trade-weighted terms, but has eased back from that peak and the US currency has also lost ground against the euro. A stronger dollar has been a factor in holding down too-low inflation through cheaper import prices as well as denting growth by hurting exports.

Inflation is still too low, held down by lower energy prices and a stronger dollar, and has been below the Fed’s preferred gauge of price pressures since 2012. Wages are also subdued, suggesting there’s still slack in the labor market, despite a 5 per cent unemployment rate in March that Fed officials say is near their estimates for full employment.

Just hours after the Fed decision the Bank of Japan will release its decision on interest rates and monetary policy after moving to negative interest rates and sparking debate around the globe.  The yen is trading at 110.97 this morning after strengthening to 108 last week upsetting the central bank. For almost a year and a half the Bank of Japan has been purchasing assets at around 7 trillion Yen (roughly $64 billion) a month, mostly in the form of Japanese government bonds, in an attempt to boost inflation and the economy.

The Bank of Japan now respectively owns assets equivalent to over 77 percent of Japan’s nominal GDP, without, and this is important, having the intended impact on the economy. What’s more, questions over an effective move into negative interest rate territory and recent back-to-back monster earthquakes in Southern Japan may prompt the Bank of Japan to take measures to further boost domestic spending even further.

For the past several years the government of Japan, alongside the independent Bank of Japan, has been reattempting to jump-start Japan’s economy according to the Daily Signal.