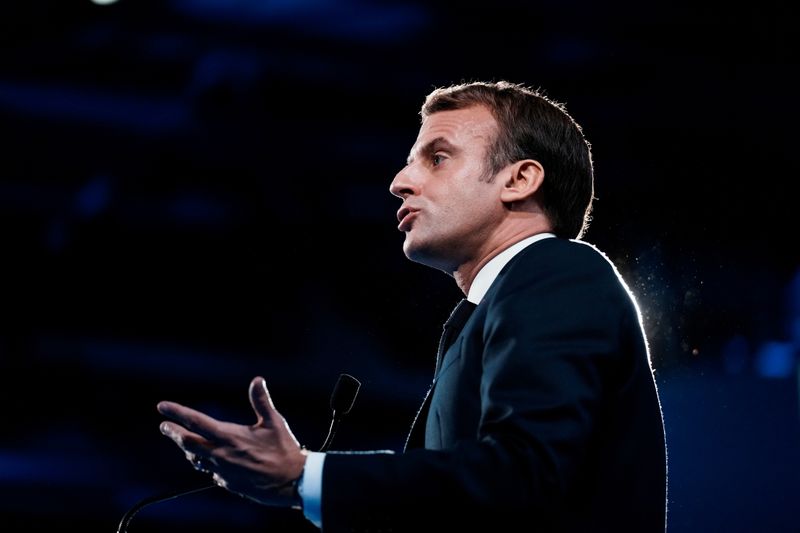 PARIS (Reuters) – France will push for action on migration when it hosts the European Union presidency from January, President Emmanuel Macron was quoted as saying on Thursday, and he vowed to quickly crack down on illegal migrant camps in northern France.

France takes the rotating presidency of the EU in six weeks’ time just as the bloc is confronted by a new crisis with Belarus engineering major migrant flows https://www.reuters.com/world/europe/more-migrants-try-enter-poland-belarus-east-west-standoff-2021-11-18 by flying them from the Middle East and pushing them to attempt to illegally cross its borders into Poland and Lithuania.

In an interview with the northern French regional newspaper la Voix du Nord, Macron said ministers would act in the coming weeks.

“We must take several actions: prevent the establishment of lasting camps, act to dismantle the smuggling networks and strengthen work with the countries of origin to prevent these flows,” he said. “I will carry reforms under the French presidency of the EU.”

The bloc has been deeply divided for years on the issue.

The EU’s reluctant eastern members, the affluent northern states where many of the newcomers aspire to live, and the Mediterranean-shore countries where they mainly arrive have been clashing over where to locate people since the 2015 migration crisis showed existing EU migration rules were inadequate.

European diplomats say finding compromises to those divisions during the French EU presidency is likely to prove even more difficult given that the usual six-month mandate will be overshadowed by the French presidential elections.

For Macron, appearing to act on migration is important given that conservative and far-right parties will seek to focus part of the debate on the migrant issue, something on which he is deemed weaker.

With some 22,000 migrants crossing the Channel this year, Macron also said there was a problem between London and Paris.

“We have the British, who oscillate between partnership and provocation. We need to further strengthen collaboration,” Macron said. “If those who want to join Britain have family there, it must be part of family reunification. If they are smuggled, we have to break this system.”

(Reporting by John Irish in Paris; Editing by Matthew Lewis)