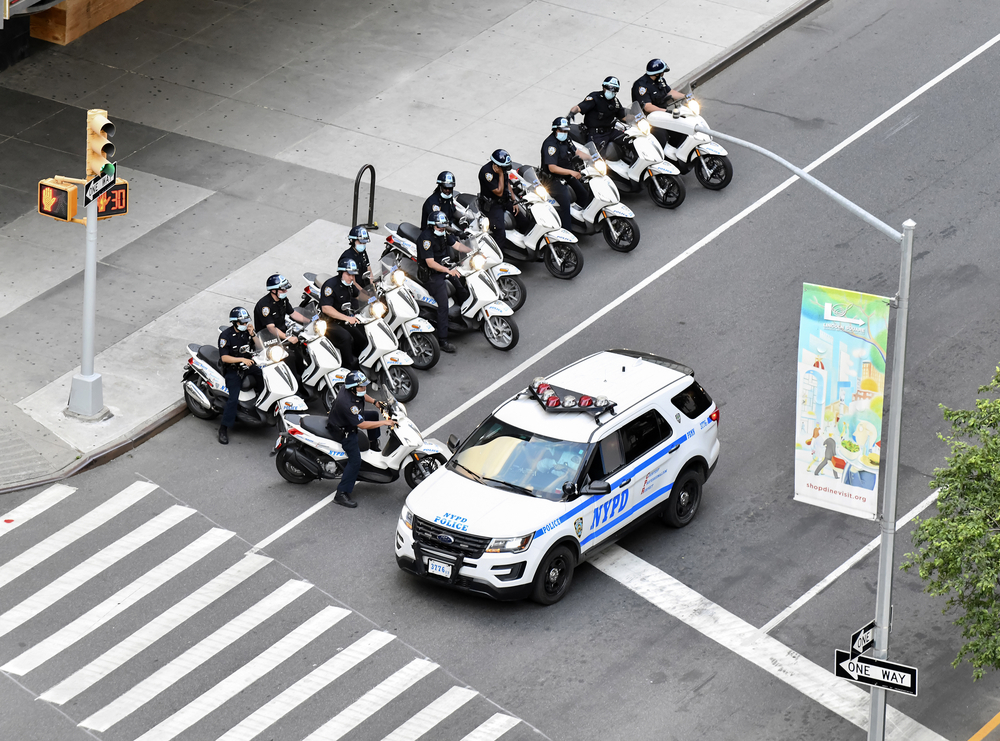 From the unexpected election of President Trump to the results of the Brexit referendum to the gilets jaunes in France and the rise of right-wing populist movements in Europe and beyond.

As 2019 gave way to 2020, we saw headlines about trade war and recession being replaced by headlines about the coronavirus epidemic, the initial breakdown in sense-making across the globe regarding how to handle it, the incredible market shocks that followed, and a tentative calm before the next storm as countries gradually opened up and citizens tried to get back to normal. Then, the recent tragic killing of George Floyd at the hands of the Minneapolis police department ignited protests, civil unrest and riots that refused to remain local, spreading not just across the United States, but across the entire world.

But what do all of these radically different events and causes have in common? And why does it increasingly seem like the world is a powder keg awaiting a willing match to ignite it? According to the Global Peace Index for 2020, a yearly survey put together by the Institute for Economics and Peace (IEP), civil unrest has doubled since 2011, with a total of 96 countries having experienced violent demonstrations in 2019.

The report highlights that this trend is likely to continue with increased political instability being on the cards, as well as worsening “international relations, conflict, civil rights and violence, undoing many years of socio-economic development.”; all of this due, in part, to the economic fallout from COVID-19.

Ordinary people watched in astonishment in the wake of the Great Financial Crisis as the banks responsible for the crisis were bailed out with taxpayer money, and austerity policies were widely inflicted on populations in order to ease the global economy out of the crisis and avoid a complete financial meltdown.

A 2018 study by the Organisation for Economic Cooperation and Development (OECD) found that wealth inequality had increased in both the United States and the United Kingdom since the Great Recession. The changes were put down to a combination of factors, which included “falling house prices in the aftermath of the crisis, lower rates of home ownership, and higher prices of financial assets in the recovery benefiting those at the top of distribution.”

These last two points are important to keep in mind. Financial crises can be opportunities for those at the bottom of the ladder to gain access to assets that were beyond their reach prior to the crash. This includes both securities and property. In the aftermath of 2008, this did not take place. The accommodative policies of central banks across the globe saw money that was meant to spur growth disproportionately benefiting the wealthy by entering the shadow banking system and inflating property prices from their lows. In fact, in the US, home ownership among millennials has been shown to have declined by 20% between 2009 and 2019.

If anything, the 2008 crisis has consolidated wealth in the hands of older generations (those who held it prior to 2008) and has hindered younger generations from gaining access to it. When the boomer generation (born between 1946 and 1964) were roughly the same age as the millennial generation is now (born between 1981 and 1996), they owned around 21% of America’s wealth, millennials currently own around 3%.

The trend is perhaps even clearer when you zoom further out to the richest among us. At the beginning of 2019, Oxfam released a report to coincide with the World Economic Forum in Davos showing that the number of billionaires who own as many assets as half of the world’s population fell from 43 in 2017, to 26 in 2018. Please read that statistic again.

What’s it got to do with COVID?

In short, everything. In this most recent case of civil disobedience, the eruption of public sentiment had to do with race inequality and yet another instance of abuse of police power. In Lebanon, October’s demonstrations were sparked by a proposed tax on calls made through WhatsApp. In Chile, they had to do with a hike in subway fares. In France, it was fuel taxes. In Hong Kong, Chinese overreach. However, what unites all of these demonstrations is a general mood of distrust in institutions, politicians, and business as usual.

As the protests over George Floyd’s death morphed into riots and spread across the United States and then overseas, the Nasdaq was busy recording an all-time high, breaking February’s former high on June 5th and then going on to close above 10,000 for the first time in its history on June 9th. This, despite 1 in 7 Americans being unable to find work as of May 2020, which is the highest level of unemployment Americans have experienced since the Great Depression.

Of course, the Nasdaq is heavily weighted towards information technology stocks, which goes some way to explaining this complete dislocation between its performance and conditions on the ground. However, we’ve also seen the S&P 500 recently breaking above its 62% retracement level, which has historically acted as a significant point of resistance during many of the largest bear market bounces in history, including the DOW in 1929.

If there’s a theme to any of this, it’s consolidation across the board. The largest 5 US stocks (Amazon, Apple, Facebook, Google, and Microsoft) now account for around a fifth of the entire S&P market cap, a larger percentage, even, that the top 5 did during the Dotcom bubble.

Like 2008, the coronavirus crisis has provided the world with another unexpected systemic shock, albeit of a different variety. The manner in which we manage our way out of this new crisis could be the deciding factor as to whether the future will hold more civil unrest and widespread distrust in institutions (and the democratic method), or whether we can go some way to healing the wounds that were inflicted post-2008 which have just been ripped open again. If the measures we collectively adopt to get ourselves out of this crisis continue to consolidate power and wealth in the hands of the few, leaving the rest – particularly the young – on the outside looking in, then the recent bouts of rioting we’ve seen could just be getting started.

High Risk Investment Warning: Contracts for Difference (‘CFDs’) are complex financial products that are traded on margin. Trading CFDs carries a high degree of risk. It is possible to lose all your capital. These products may not be suitable for everyone and you should ensure that you understand the risks involved. Seek independent expert advice if necessary and speculate only with funds that you can afford to lose.

Please think carefully about whether such trading suits you, taking into consideration all the relevant circumstances as well as your personal resources. We do not recommend clients posting their entire account balance to meet margin requirements. Clients can minimise their level of exposure by requesting a change in leverage limit. For more information please refer to HYCM’s Risk Disclosure.