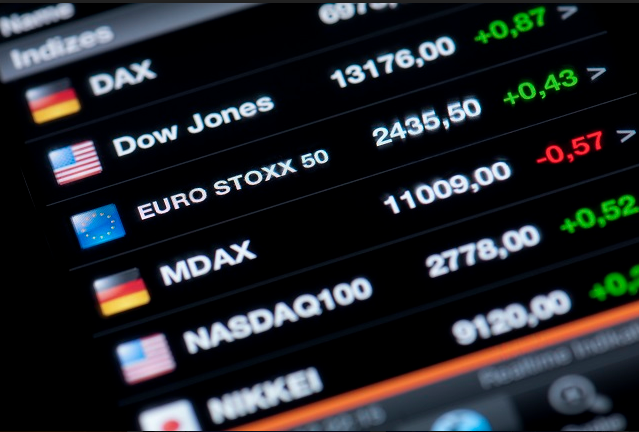 The U.S. Futures were indicating a sharply lower open for the Dow Jones Industrial Average. The blue-chip index was weighed down by poor results and outlook from heavyweight 3M. 3M, a global manufacturing giant, says EPS miss consensus, cut its full-year guidance, and cut 2,000 jobs from its workforce. The news had shares of the stock down 8.6% raising fear economic rebound in the second half may not be as strong as hoped.

Other major indices were also under pressure but results were mixed. The S&P 500 was hovering near break-even while the NASDAQ Composite was showing a slight gain. The tech-heavy NASDAQ was supported by Facebook and tech. Facebook says its results are better than forecast and provided a positive forward outlook. Analysts at UBS cited the company’s efforts to fix problems in a note to investors and raised their price target to $220. Earnings after the close of today’s session include Amazon, Ford, Starbux, T-Mobile, Intel, and Mattel.

In economic news, initial jobless claims jumped in the last week. The headline figure jumped 37,000 to 230,000 as volatility hits the data. This marks a sharp reversal from the previous week’s data, data that hit a fresh long-term low. The continuing claims figure held steady near 1.665 million while the total number of claims fell 132,000 to 1.757 million. Durable Goods Orders were also strong. Durable Goods Orders rose 2.7% at the headline and 1.3% non-defense ex-aircraft.

The EU indices were flat to down in early Thursday trading. The UK FTSE 100 led the decline with a loss of -0.50% while the DAX and CAC trailed with losses near -0.10%. The big mover in the region was the banking sector, down an average -1.0%, after earnings failed to inspire confidence. Shares of Barclay’s fell -3.0% after it revealed a -10% decline in YOY profits.

Pain in the financial sector was not limited to earnings. Shares of Swedbank fell -3.0% after it admitted to shortcomings in relation to anti-money laundering procedures. Shares of DeutscheBank and Commerzbank both fell as well. The two announced an end to their merger talks citing costs and risk as primary reasons. In other earnings news, shares of Nokia were moving lower after it reported an unexpected quarterly loss and missing expectations.

Asian markets were mixed on Thursday with China leading most indices lower. The Shanghai and Shenzen Composites both shed close to -2.5% as fear of stimulus, rather a lack of it, grips the market.

A recent round of better than expected data and a shift toward structural reforms threaten an end to easy money in China. The Hong Kong Hang Seng shed a more tepid -0.86% while the Korean Kospi fell only -0.48%. The Kospi could have fallen much harder considering today’s news. Korean GDP shrank -0.3% in the first quarter, unexpected, and the worst performance in 10 years.

The Japanese Nikkei was the only index to post a gain and that is 0.48%. The move was supported by the BOJ policy statement and a pledge to keep the interest rates low at least into 2020.