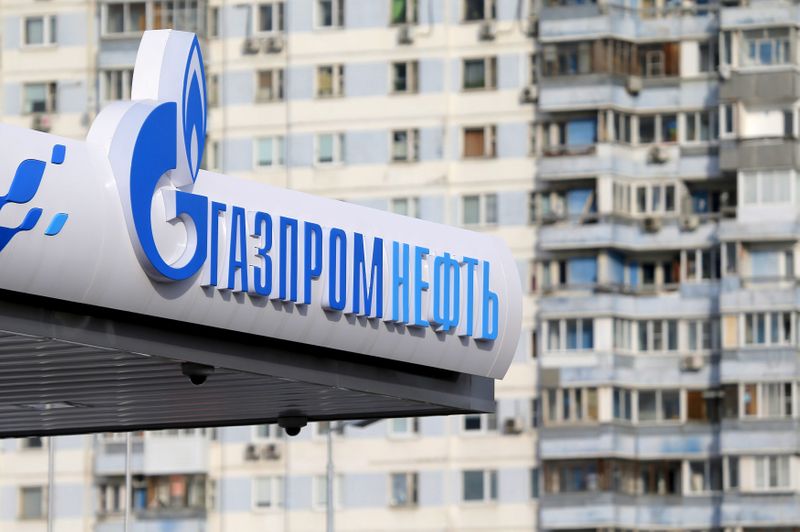 By Vladimir Soldatkin and Oksana Kobzeva

MOSCOW (Reuters) -Russia’s Gazprom on Monday reported a record quarterly net profit of 581.8 billion roubles ($7.8 billion) for the third quarter reflecting high natural gas prices and said it expected even higher earnings in the last three months of the year.

Gas prices have surged on tight supply amid a broad economic recovery – to record highs in Europe, Gazprom’s key source of revenue.

Some politicians and experts have blamed the Kremlin-controlled company for not supplying enough gas to alleviate the crisis. The company has said it meets all its contracted supply obligations.

Gazprom shares were up by more than 4% in late trade in Moscow.

“Obviously, the price of our supplies to Europe will be significantly higher in the fourth quarter, which will have a positive impact on the full-year results,” Gazprom Deputy Chief Executive Famil Sadygov said in a statement.

He said he expected the fourth quarter to be the main contributor to the dividend pay out for 2021, while the net debt/core earnings ratio was seen further declining to 1.0 this year.

Gazprom has been under intense scrutiny as it waits for regulatory approval from Germany for its much-politicised Nord Stream 2 gas pipeline to Europe.

Elena Berezina from Gazprom’s international department told a conference call that Nord Stream 2’s operating company, Swiss-based Nord Stream 2 AG, is in close contact with the German regulator, but declined to give a timeline for the project.

Gazprom said its average gas price in Europe and other regions jumped to $313.40 per 1,000 cubic metres in the third quarter from $117.2 a year earlier.

Another company manager said the Gazprom sees its average gas price in Europe at a record-high of $550 per 1,000 cubic metres in the fourth quarter, with prices next year not expected to be lower than in 2021, when it expects a record-high profit.