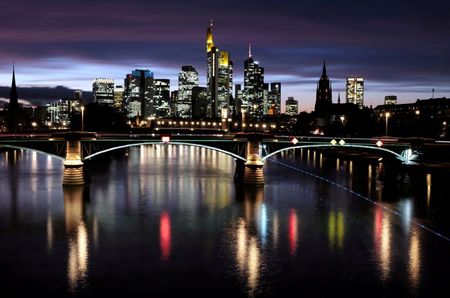 The Ifo institute said its business climate index edged up to 96.8 from 96.6 in March. A Reuters poll of analysts had pointed to a bigger increase to 97.8.

“Both the third wave of infections and bottlenecks in intermediate products are impeding Germany’s economic recovery,” Ifo President Clemens Fuest said in a statement.

Companies raised their assessment of the current business situation once again, but they were less optimistic about the coming six months, the survey showed.

But their business outlook was less optimistic as 45 percent of companies reported bottlenecks in intermediate products, the highest value since 1991, the institute said.

The Ifo figures were broadly in line with the PMI survey from last week that showed factories continued to churn out goods at a near-record pace in April while activity in the services sector remained sluggish.

The government is expected to raise its 2021 GDP growth forecast on Tuesday after Economy Minister Peter Altmaier hinted earlier this month that Berlin was mulling an upward revision to the 3% estimate it presented in January.