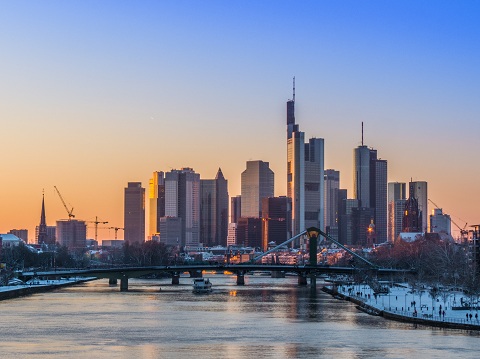 The volume of German exports and imports has declined in March this year, compared to the same month last year, by 0.5% and 4.3% respectively, according to official figures.

The figures resulted in a 26 billion euro trade balance, that was bigger in contrast to March a year ago, where the trade excess was 23 billion euros.

Although the results were disappointing compared to what was found in February, where exports rose by 1.9%, and imports were down by 2.3%.

According to provisional results of the Deutsche Bundesbank, the current account of the balance of payments, showed a surplus of 30.4 billion euros in March 2016.

While in March 2015, the German current account showed a surplus of 27.0 billion euros.

Breaking down the trade figures, Germany dispatched 62.6 billion euros of goods to the rest of the European Union (EU), and in return received EUR 53.9 billion.

Compared with March 2015, exports to the EU countries increased by 1.7%, while imports from those countries were down 2.1%.

There was a 1% rise of goods exported to euro area countries, while the value of the goods received from other euro area nations fell by 2.8%

Outside of the EU, the amount of goods sold amounted to 44.3 billion euros in March 2016, while imports from those countries climbed to 27 billion euros.

In total, exports to ‘third countries’ decreased by 3.4%, and imports from those countries by 8.3%.

Other important data has also been released from Germany today, as production in industry for March has fallen by 1.3%, the federal statistics office revealed.

The pace of the fall in production has escalated from February, where the decline in activity was 0.8%.

The UK’s Office of National Statistics has found that the UK trade deficit is now at its worst since 2008.

Between the final quarter of last year, compared to the first quarter of this year, the trade deficit widened by £1.1 billion, up to £13.3 billion.

In March, the trade deficit was estimated to have been £3.8 billion, which narrowed by £0.5 billion from the figures for February.

The trade deficit with the rest of the European Union has fallen to £8.1 billion, ahead of the crucial referendum on June 23, when British citizens will decide on whether to remain or leave the EU.

Analysts have pointed the uncertainty of the possible ‘Brexit’, and tentative growth and demand in the global economy, as being main drivers of the deficit figures.

There was more encouraging news from Italy over industrial performance in the euro area, as production in the sector was unchanged for March.

Over the first quarter of the year, industrial activity has increased by 0.7% compared to the final three months of last year.

Year on year, the Italian industrial production levels has also increased, albeit by a slightly slower pace of 0.5%.

In the period January-March 2016, the percentage change was plus 1.6% compared with the same period of 2015.