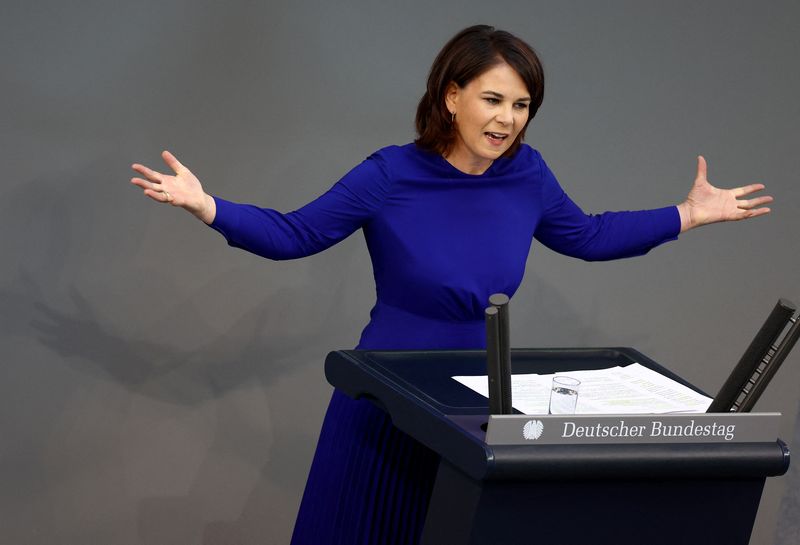 BERLIN (Reuters) -German Foreign Minister Annalena Baerbock is cutting a a trip abroad short after testing positive for the coronavirus on her first stop in Pakistan, her ministry confirmed on Tuesday.

Baerbock, who met earlier Tuesday with her Pakistani counterpart in Islamabad, has cancelled all further dates of the trip, which also included stops in Greece and Turkey, said the ministry.

She tested positive after lunch after she had noticed that she lost her sense of taste, said the ministry. A rapid antigen test she took in the morning had been negative, it added.

It is unclear when she will return to Germany.