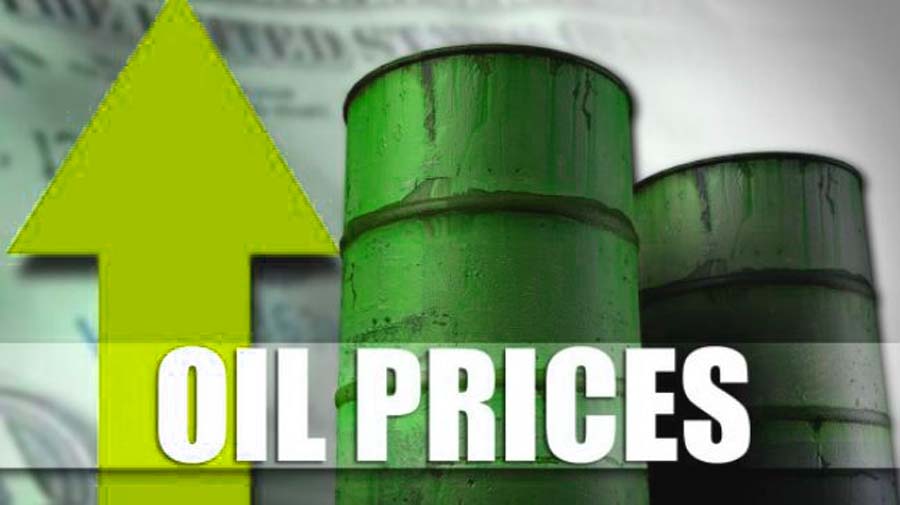 Oil prices turned lower after gains of 3.5 percent Wednesday and its highest settle since November. The U.S. government detailed an unexpected fall in crude inventories. And the IEA said global oil markets are heading towards a long-awaited equilibrium. As traders settle down for the day WTI is trading at 46.30 slightly in the green, while Brent is down 7 cents at 47.44 while both remain close to their highest level.  A surprising drop reported Wednesday evening in US EIA weekly inventories helped the price boost.  Oil prices held near six-month peaks on Thursday as the International Energy Agency (IEA) forecast a sharp drop in the supply glut, and following a surprise fall in US crude reserves.

The IEA forecast that the stubborn oil glut will “shrink dramatically” later this year, following wildfires that have disrupted Canada’s output and on buoyant Indian demand. The IEA’s monthly report was published one day after news of a drawdown in US oil inventories that signaled strong demand in the world’s top oil consumer – and sent prices racing. The “surprise draw (fall) in US crude oil inventories was very supportive for crude futures”, brokers told AFP.

Demand for oil worldwide is set to grow at a “solid” rate in 2016, with India the “star performer” after making up nearly 30% of the global increase in demand in the first quarter of the year, the IEA said.

In Canada, devastating wildfires near Fort McMurray forced a shutdown of 1.2 million barrels a day (mb/d) of production early this month. The IEA said the events in Canada, however, had not sent oil prices sharply higher, as would have been expected some years ago, with crude having shown little reaction amid overall improved market sentiment.

Oil is expected to reverse gains significantly over the next 24-48 hours as Canada is ready to return to production. Canadian oil-sands facilities representing more than 90 percent of production taken offline during a wildfire in northern Alberta have emerged unscathed and are expected to restart within days to a couple of weeks.

Mines and drilling projects north of Fort McMurray are already bringing back some of the roughly 1 million barrels a day of supply that was curbed, Steve Williams, chief executive officer of the nation’s largest energy company Suncor Energy Inc., said Tuesday, speaking for the industry. Facilities south of the energy hub that represent much less of the lost supply and were more affected by the fire may take longer, he said.

“It’s that quick — some facilities are turning back up the volumes now,” Williams said at a media briefing in Edmonton, flanked by his peers at companies including Imperial Oil Ltd. and Canadian Natural Resources Ltd. Other projects to the south may take longer. “South, where there have been a few more direct impacts from the fire, we have to go in and evaluate and put the plans in place.”

While the lost production has helped to buoy oil prices, ample supplies of crude across the continent have aided in cushioning the blow to refineries. Volumes of crude moving on the Calpine pipeline from the U.S. Gulf Coast to the Midwest have jumped 27 percent from a week ago, according to Genscape data. That indicates refiners have started to secure alternatives to curtailed Canadian supply, John Auer, executive vice president at Turner Mason & Co. in Dallas, said Tuesday in a phone interview.

Oil-sands companies are working with pipeline and power providers to bring back necessary infrastructure and don’t expect any hiccups that would hinder restarts. Ken Smith, President of Unifor Local 707, a union that represents 3400 Suncor Energy workers, said the company will to fly employees back to its oil sands base plant from Thursday.

Suncor Chief Executive Steve Williams said none of the company’s facilities in the area, which have a production capacity of about 350,000 barrels per day (bpd), had been damaged, and he expected to be able to restart production soon.