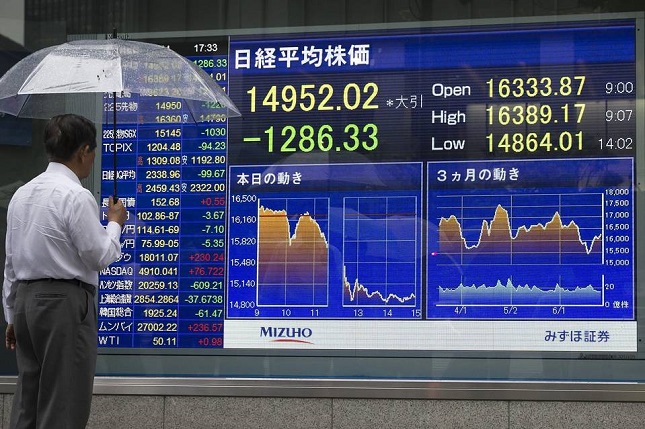 This morning in the Asian and Pacific Rim, markets were rather mixed. Korean electronics giant, Samsung Electronics took a big hit thanks to a botched recall of its flagship Galaxy Note 7 as the new product continued to catch fire.

Shares of Samsung Electronics fell over 6.8 percent to 1,565,000 won after news surfaced that the high-tech firm asked all partners to stop sales and exchanges for its troubled Note 7. They also told customers to turn their phones off as the fire and explosion risk remains. Reports continue to surface over the weekend that the new devices, given to customers after the recall, continued to catch fire. Samsung issued a statement on Monday that they were adjusting shipment volumes of the Note 7 in order to refocus on quality control measures.

Broadly, the South Korean Kospi Composite Index was down over 1.2 percent this morning. In Japan, thanks to a weakening yen, which boosted exporting plays, the Nikkei 225 was up over 0.9 percent. The USD/JPY Forex pair rose 0.28 percent to 103.84. This is up from near the level of ¥102 from last week. Japanese stocks like a weaker yen, as they tend to be exporting companies. A weaker yen translates to higher profits when the convert the currency back in yen.

In corporate Japanese news, the maker of airbags, Takata, tanked over eight percent after an article in the Wall Street Journal reported that the embattled company was considering bankruptcy in the United States. This should enable an outside investor to rescue the ailing company which has been plagued by a series of airbag recalls.

Looking at the markets in China, their financial markets have since reopened after being closed all of last week thanks to the Golden Week Holiday. Yesterday, the People’s Bank of China (PBOC) set the yuan midpoint at 6.7008 against the US Dollar. This is the weakest mid-point since September 2010. The yuan floats two percent on either side of this mid-point.

Looking at the headline stock bourse in the Down Under, the S&P ASX 200, stocks were mostly flat this morning. The exchange finished up a mere 0.03 percent as the energy sub-index rose 2.47 percent on the day.

Taking a quick look at the US Dollar Index, which tracks the almighty Buck against a basket of six currencies, was up to 97.037 at 1220 HK time. The Dollar index has been strengthening since the beginning of October.