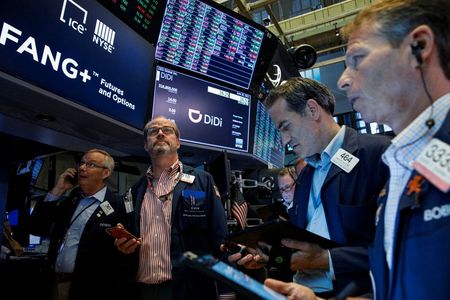 Markets had come off of their more extreme early moves by mid-afternoon in U.S. trading, but remained lower.

Bonds, meanwhile, rallied strongly as investors factored in a lower-for-longer interest rate scenario, easing expectations that reflating economies would force rates to rise through the second half of the year.

“The reflation trade is shocked but not dead,” said Jim Vogel, interest rate strategist at FHN Financial in Memphis, since rates will eventually have to rise.

“People have been persistently too optimistic because the first four months of year were just gang-busters good,” he said.

Investor optimism about the pace of recovery is being tempered after months spent overlooking some bearish economic signals. Unusual items that boosted core U.S. inflation data last month, for example, may have made inflation and growth appear more robust than it was.

Also raising concerns: political tensions in the Middle East, Russia and China that can distract the Biden administration from its domestic agenda, and lessen the focus on policies such as the infrastructure bill. Also, debate about raising the U.S. debt ceiling looms not far ahead.

Meanwhile, a reading on Thursday on the number of Americans filing new unemployment claims provided another indication that the job market recovery from the COVID-19 pandemic continues to be choppy.

The U.S. Federal Reserve on Wednesday dispelled fears of an imminent monetary policy tightening, but confirmed views that such talk could begin next month.