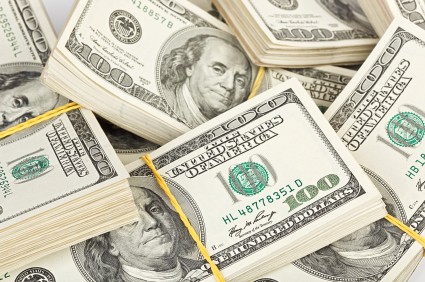 Gold is trading between small losses and gains this morning with little direction. Gold is holding at $1245, ahead of shortened trading day in the US and the US 4th of July holiday tomorrow. Trading is expected to be light with low volatility ahead of Friday’s nonfarm payroll release. On Thursday, the ECB and the Bank of England are scheduled for their monthly rate and policy meetings. No changes are expected but this will be the first meeting under the leadership of Mark Carney at the Bank of England, so there may be some fireworks if he opts for a press conference or statement. In the UK if the BoE leaves rates and policy on hold, there is no mandatory statement or conference, which ex-Governor King took advantage of. Later in the day the press conference by ECB Draghi is expected to light up the sky as Mr. Draghi is known to do. His press conferences are usually not dull or boring, although his last conference Mr. Draghi refrained from his usual surprises. Trading though will remain light with the Americans out on holiday.

Gold futures declined from their recent highs, pulling back from a nearly 4% climb over the past 2-trading sessions, as dollar strengthened after US factory orders for May came in better than expected. The US dollar has been edging toward the 84.00 price gathering momentum daily on strong eco data and the possibility that the Fed’s will begin to taper sooner than later. Friday’s nonfarm payroll release will be one of the most closely watching economic events of the year.

A member of the Federal Reserve said Tuesday that even as the economy’s underlying fundamentals improve, the central bank isn’t yet ready to begin tightening monetary policy. William Dudley, President of the Federal Reserve Bank of New York, said that while it is likely the Federal Open Market Committee will begin phasing out a bond-buying program later this year, such a move should not be taken as a signal it plans to move forward any increase in short-term interest rates.

Unemployment fell in May from a year earlier in two-thirds of the nation’s 372 metropolitan areas, but 27 still had jobless rates in excess of 10%, the Labor Department said Tuesday. Eleven of these areas were in California, the country’s most-populous state, which continues to grapple with fallout from the housing-market downturn. El Centro, Calif., had one of the nation’s highest unemployment rates, at 22.8%, surpassed by Yuma, Ariz., at 30.8%. The Fed will rely on employment data heavily before decided to taper their programs as they have tied their monetary policy directly to the unemployment rate.

Gold holdings of SPDR gold trust, the largest ETF backed by the precious metal, declined to 964.69 tons, as on July 2. Hedge Fund and Money managers remain sidelined which continues to weigh on gold’s pricing. Silver holdings of ishares silver trust, increased to 9,961.42 tons, as on July 2 as the price of silver continue to climb trading this morning at 19.455 adding over 14 cents. Silver buyers were grabbing up the cheap metal when it bottomed at the 18 price level. This morning’s PMI data from China will weight on the metals family but it was services and non-manufacturing so it will not cause downward pressure.