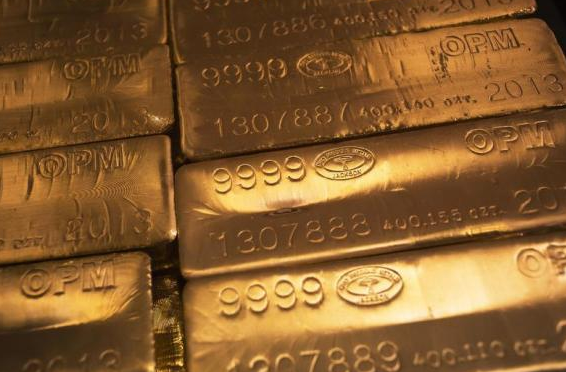 Gold is trading at 1304.90 down just a buck as traders are once again focused on tension in the Ukraine. Earlier in the week the market seemed to get bored with the situation and gold fell below the 1280 mark but tensions climbed after several bloody days of violence. President Putin seems to use one hand to calm tensions and another to turn up the pressure. His end goal remains a bit unclear. Silver is marching right behind gold easing just 8 points but remaining strong at 19.767 along with Platinum which is trading at 1474.45. Gold traded near a one-week high as investors weighed the conflict in Ukraine against the outlook for the U.S. economy and further reductions in stimulus. Palladium dropped from the highest level since August 2011.

According to Bloomberg Gold has advanced 8.7 percent this year partly on tension between Ukraine and Russia. Russian Foreign Minister Sergei Lavrov said Ukraine is sliding into a civil war that may invalidate elections, as Ukrainian leaders and their international allies blamed Russia for the violence. Bullion has rebounded from last year’s 28 percent drop even as the Federal Reserve started to trim stimulus as the U.S. economy recovers. Janet Yellen has once again suggested that the economy continues to need help regardless of the strength of the recovery until all sectors are doing well and that the Fed intends to continue its support.

Platinum for immediate delivery fell 0.3 percent after advancing to $1,486 yesterday, the highest since March 7. Lonmin Plc will keep its platinum mines in South Africa open for a second day in an effort to break a 16-week strike even after many workers were prevented from reporting for duty yesterday.

Copper along with base metals and industrial metals are all trading in the red. Copper is at 3.151 down a few pips but remains near recent highs. Analysts believe the buying effect in the metal may remain elevated today while the gains could be minimal. This morning copper is seen trading slightly below the previous day’s close which could be due to weak Asian markets. Copper output in China, biggest consumer, was 584,000 mt in April, according to data from National Bureau of Statistics. Inventories of refined metal tracked by the LME have risen 6.6 percent in 2014, belying concern that a ban on raw ore exports by Indonesia would rapidly drain supplies. Ore stockpiles in China are sufficient for the biggest user of industrial metals to keep making nickel pig iron, a low-grade alternative to refined metal, through August, according to Beijing Antaike Information Development Co.