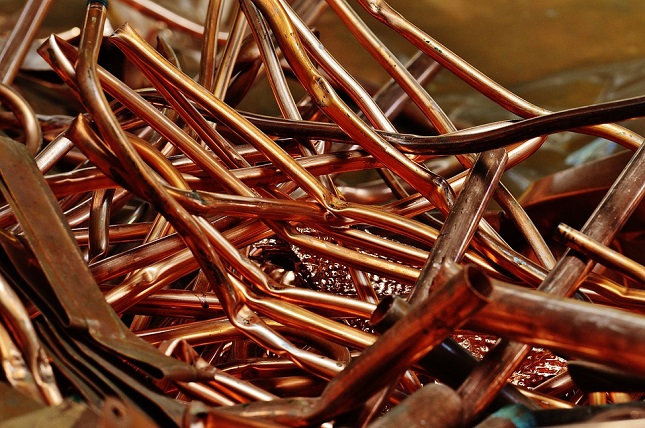 Gold and silver are trading down on Thursday as market sentiment improved on news that the US and China will talk again on October and the better than expected ADP report in the United States.

Metals are mixed on the day, gold and silver are posting losses, but copper is extending its recovery from 2-year low, while palladium and platinum are consolidating highs.

China’s Ministry of Commerce and US top trade representatives confirmed that both countries would have a new round of negotiations in October.

“Both sides agreed they should work together and take practical actions to create favorable conditions for the negotiations,” China ministry statement said.

The ADP reported today better private employment conditions in August with the creation of 195K new jobs in the last month, well above the 149K expected by market. On the negative note, July data was revised 14K down to 142K.

Gold is retracing from a 6-year peak as investors are digesting reports of a new round of talks between China and the United States in October.

On Thursday, XAU/USD is trading down for the first day in the week with the unit now testing yesterday’s lows around 1,535. The sentiment has changed for gold at least in the short term, and technical indicators are suggesting more room for the downside.

Silver trades down amid improved sentiment

Silver is falling from nearly 3-year highs at 19.54 on Thursday as investors are betting on riskier assets following the confirmation of talks between China and the United States on October.

Traders were waiting for the 19.50 as a possible selling area, and now the price hit it. Besides, the change in the sentiment provoked by the talks is suggesting a more conservative approach on metals purchases.

Currently, silver is trading 2.0% down on the day at 19.20. Technical studies suggest more room for the downside, at least in the short term. The 19.00 area is now supporting the pair. If the unit breaks below there, the next level of play will be the 18.65-75 area.

Copper is trading positive for the second day as the unit is extending its recovery from September 3 minimum at 2.4756, its lowest level in over two years. A set of ugly manufacturing data around the world this week pushed copper prices down; however, a weaker dollar is lifting the mineral the last days.

Remember that any trade war resolution would be good for copper prices, as well as any improvement in manufacturing data as the base metal is a key player in power and construction.

Palladium is trading positive for the sixth straight day as investors are welcoming trade war talks confirmation. The unit is now testing the 1,570 area, and it has 1,600 on sight.

Technical indicators suggest that a bullish continuation is possible in the short and middle term. As mentioned above, XPD/USD will find resistance at 1,570 and 1,600. To the downside, the unit is well supported by the 1,550 and 1,500 areas.

Platinum rejects the 1,000 area and falls for the first time in three days

Platinum is trading negative on Thursday for the first time in three days as investors are pausing their purchases of the base metal due to the trade talks confirmation between the US and China.

Previously, investors jumped into the XPT/USD as an alternative for gold and silver, but as both metals are falling on Thursday, so does platinum. Technical conditions remain bullish for the metal, but it is right now overbought, so a period of consolidation is expected.