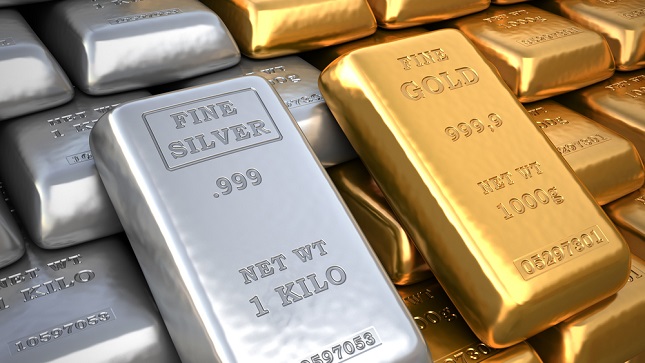 Is Germany heading to a recession?

Hi FX Emperors, it is the question everybody is asking as GDP numbers in Germany confirmed a contraction in the Q2. Also, Gold and Silver buyers are taking advantage of a risk aversion environment and a cheap dollar.

Metals such as gold and silver are trading positive on Tuesday as investors are digesting economic data in Germany and the news about the trade war between the US and China. Besides, a cheaper dollar is making holding in gold more attractive.

Meanwhile, the Yuan has declined again, and after its ninth consecutive day of losses against the US Dollar, it is now at its lowest level since February 2008.

The Gross Domestic Product in Germany declined 0.1% in the second quarter, according to the Statistisches Bundesamt Deutschland Office. Year over year, German GDP was unchanged, while the GDP WDA figure rose 0.4% in the last twelve months.

German numbers were in line with expectations, but it is a confirmation that Germany could be facing a recession in the next few months.

The news fueled metals amid their conditions of safe havens. Also, it pushed down the euro, but the dollar is not that strong lately, so the decline wasn’t significant. The picture remains gold supporting.

Recent commentaries about possible talks between Washington and Beijing are lifting market sentiment; however, investors don’t want to believe it at all and they prefer to be ready in case of another escalation or Tweet from the US President Trump.

However, the good news doesn’t look like that as the Yuan continues with is decline against the US Dollar.

It could be a mix of a weak dollar and the intervention of the PBOC to push Yuan prices down, but the truth is that USD/CNY rose to new highs at 7.1690 on Tuesday, maximum since February 2008.

Only in August, the dollar-yuan rallied 4.0%. It would be its biggest monthly increase in over 25 years.

After peaking at its highest level since April 2013 at 1,555 on Monday, gold is now trading in consolidation mode around 1,530 on Tuesday. The unit seems to be supported by the 1,525 area but also contained by the 1,535.

Technical conditions remain mixed for the XAU/USD, but fundamentals are leading the metal with a bullish sentiment ready to explode.

Saxo Bank commodity strategist Ole Hansen said that “it’s clear that the main focus is on the U.S.-China developments. Reports from China on the trade front indicate we are nowhere near any change in the current standoff on trade.”

Also, “with the growth numbers in Germany pointing to a recession, there’s not much of an excuse to sell gold if you are holding any, keeping the market more or less unchanged even though we had a toning down of the confrontational tone on trade.”

Silver is extending its rally on Tuesday after breaking above the 17.75 area on Monday. Today, XAG/USD jumped to trade as high as 18.00 early in the day, its highest level since September 2017.

Currently, silver is trading 1.55% positive on the day at 17.93, clearly in a consolidation phase before the next bullish leg.