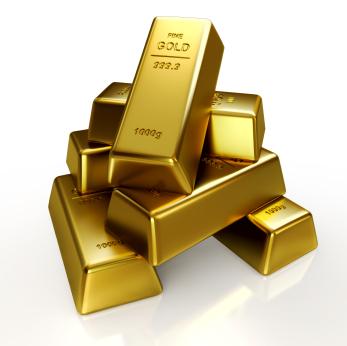 December Gold traded weaker on Thursday ahead of a meeting of Euro Zone policymakers. A clash between Germany and France over the power of the European Union to control national budgets and the creation of a single banking supervisor was the catalyst behind the drop in gold prices. Germany is against giving the European Central Bank new supervision powers. The Euro weakened on the news, driving up the U.S. Dollar and curtailing demand for higher risk assets.

Since nearing the psychological $1800.00 level several weeks ago, the momentum was sucked out of the gold market, leading to a sideways-to-lower trade. Investors seem to be mixed as to whether to trade gold as an investment or as a reserve currency. As a reserve currency, gold is likely to be influenced by the movement of the dollar. As an investment, investors will be looking for value. This likely means that investors will refrain from chasing the market higher while looking for value on breaks.

The EUR/USD and GBP/USD were also under pressure after economic reports caused investors to question the strength of the U.S. recovery. Investors were disappointed by the report on weekly jobless claims. This report offset less-than-stellar reports on Philadelphia manufacturing activity and leading economic indicators. U.S. weekly jobless claims were higher than expected, while the Philadelphia Federal Reserve’s index on regional manufacturing conditions indicated sporadic weakness.

Demand for higher yielding assets began to fall overnight after reports showed that China’s economy cooled in the third quarter. The report revealed that China experienced its slowest pace of growth since the first quarter of 2009.

It was generally a risk-off session as many Forex traders decided to pare positions ahead of the Euro Zone policymakers meetings. Investors aren’t expecting any may developments from the summit. Talk is circulating that Spain may wait until next month before making a formal request for financial aid. In addition, the policymakers are not expected to decide on whether Greece gets a fresh round of aid. Because of this uncertainty, the EUR/USD could become range bound, similar to what it just experienced. However, it could take a hard hit, if headlines suggest that the deals with Spain and Greece will be stalled further.

Supply issues continue to pressure December Crude Oil. Traders are questioning the strength of the U.S. economic recovery since it hasn’t translated into greater demand for crude oil. A stronger dollar is also making crude oil more expensive, leading to speculation that demand will remain low. This is likely to mean that supply will hold steady or rise.