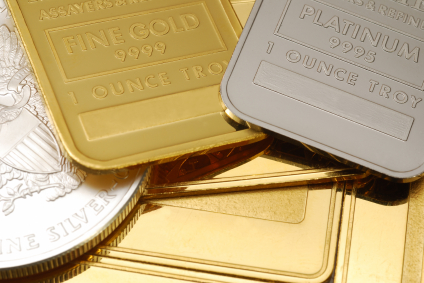 Gold prices continued to move higher on the back of a weaker dollar and it looks as though the prices are set to test the highs of the range once again. The gold prices have been moving within the larger range between 1300 and 1360 for the past few months and the momentum so far has not been enough to break through the range though the prices have tested both the highs and the lows of the range many times over the past few months. But with the risks around the world increasing over the last few days, we are once again seeing the gold prices trying to generate enough momentum to stage a breakout.

The risks this time over, seem to be quite serious and it is likely that the risks could escalate pretty soon over the next few days and then turn out to be the biggest that the world has seen in the last few months. The reason for that is the fact that the situation in Syria seems to be getting worse day by day and more and more countries are looking into joining the conflict. It appears that it is only a matter of time before the US also joins the conflict and when that happens, the situation could escalate even further. This is going to bring the markets under pressure and push the funds into safe havens like gold.

Oil prices have also ratcheted higher on the back of increased global risks and it looks as though the prices would continue higher with many of the oil producers expressing happiness and satisfaction with the way that the prices have been moving and also where they are at this point of time.

Silver prices have also continued to trade in a buoyant manner as they trade above the $16.5 region as of this writing but as the time wears on, it is clear for everyone to see that the silver prices are trading in a weak manner when compared to the momentum in the gold market.