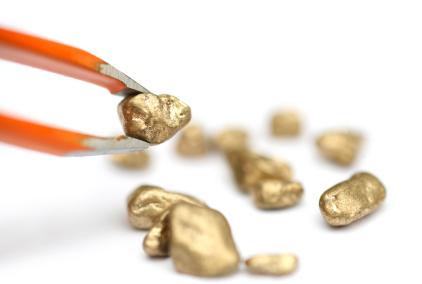 The gold prices rose higher over the last week and the first part of the day yesterday on the back of a weak dollar and also due to the rise in tension in the Korean region as there were reports that North Korea could do a missile launch over the weekend. None of those predictions came to fruition and the prices moved lower during the second half of the day due to the same reasons becoming nulled as the day wore on. The dollar began to strengthen across the board and the tension in the Korean region also wore away slowly and a combination of these pushed the gold prices below 1300 and towards the 1290 region where it trades as of this writing.

Gold Prices Move Back Towards 1290

The dollar has been buoyed by reports that say that John Taylor is being favored by Trump to become the next chair of the Fed after Yellen leaves. He is known to  a hawk and has advocated rate hikes many times in the past and hence if his appointment comes through, then it is likely to be positive for the dollar. The market is always quick to jump on to news and so it did yesterday as well as it began to price in this piece of news. This added to the strength of the dollar and led the gold prices lower and this is likely to continue in the short term. The gold prices are expected to be under pressure for today and for the short term as well as the stock markets are also tearing higher which makes the investors pull their funds out of the gold market and push them into the stock markets.

Oil prices continue to trade in a strong and steady manner over the last 24 hours and this is likely to be the case in the short term. With the amount of selling expected to be large in the region between $53 and $55, it is not going to be an easy job for the bulls to push the prices higher and so it is likely that the consolidation in the oil market would continue until enough momentum is built up.

The silver prices also moved down into the low $17.00s over the last 24 hours as the demand for safe haven instruments subsided with the Korean risks abating and the stock markets also moving higher during this period. Expect this weakness to continue in the short term.