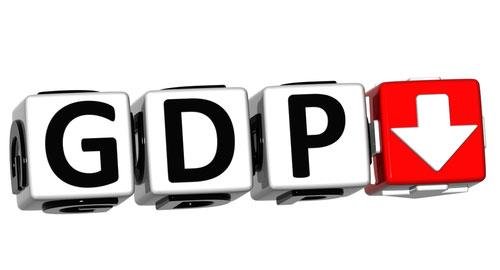 Gold soared on Thursday after US GDP preliminary showed an unexpected contraction. GDP printed at 0.5% for Q1 against expectations of 0.7%. Gold gained over $16.00 to trade at 1266.65 as the drop in growth signals that the Fed will not be ready to raise rates anytime soon. On Wednesday the FOMC held rates and policy and issued a rather generic statement which left the door open to a rate increase in June but that door was slammed shut after today’s data release. Silver gained 231 points to 17.52 its highest level in years and outpaced all precious metals gaining $26.50 to 1051.90.

Markets were just absorbing the surprise from the BoJ after the central bank held rates and policy as the odds were on increasing stimulus from the meeting. The BOJ inaction came despite a report released Thursday that showed consumer price inflation in Japan down 0.3% in March, year-on-year. The BOJ is battling slow economic growth, price deflation and an appreciating yen on the world foreign exchange market.

Kitco News reported that technically, June gold futures prices closed nearer the session high and scored a bullish “outside day” up on the daily bar chart today. The gold bulls have the firm overall near-term technical advantage. Gold bulls’ next upside near-term price breakout objective is to produce a close above solid technical resistance at the March high of $1,287.80. Bears’ next near-term downside price breakout objective is pushing prices below solid technical support at today’s low of 1,239.10. First resistance is seen at the April high of 1,272.40 and then at 1,280.00. First support is seen at 1,260.00 and then at 1,250.00.

“The longer the Fed holds off on raising rates, the better for gold,” HSBC said in a note. “The bullion market will now focus on the prospects of a Fed hike at the next meeting in June, and the possibility that the Fed will tighten later this year may help cap bullion prices.” Gold has rallied 17% this year on expectations that the Fed will not raise rates aggressively this year due to global economic risks. The US central bank hiked rates in December for the first time in nearly a decade.

After three straight years of losses, analysts are finally prepared to say gold prices have found a floor, with rising prices seen this year and next as concerns over the pace of US monetary policy tightening fade. (BDlive).

Interest-rate policy can influence demand for nonyielding-bearing assets like gold, putting them in competition with those offering yields. The cautious path for both central banks has bolstered the case for continued bullish bets on the precious yellow metal and other metals.

The Fed seems likely to take no action on rates while “data continue to present a mixed picture of the economy,” said George Milling-Stanley, head of gold strategy at State Street Global Advisors. So the market will probably “suffer bouts of uncertainty ahead of future Fed meetings this year.”

Marketwatch reported that meanwhile, the iShares Silver Trust the world’s largest physically-backed silver exchange-traded fund, marks its 10th anniversary Thursday. According to the Silver Institute, it accounts for 94% of all U.S. silver ETF holdings. It was trading 0.8% higher Thursday.