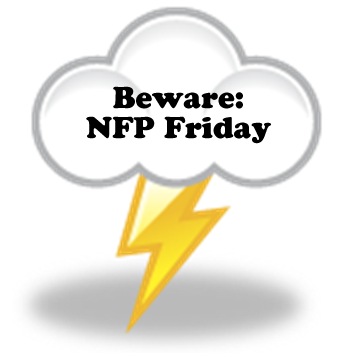 Gold declined for another session but the question is why? Gold dipped over $10 to trade at 1281.00 while silver came off its recent highs and declined 134 points to 17.34 while gave up $10 to 1061.45. Equities tumbled around the globe while economics data remained weak. There were some bright spots in the US but nothing that would support a change in the Federal Reserve and no reason for gold to show any reactions. Traders are beginning to look forward to the US nonfarm payroll report on Friday but today’s release of the ADP private payroll data was disappointing. A weak jobs number Friday would help the gold price especially as brokers believe a lot of the recent strength in the metal has been driven by speculative money.

“This could be a warning sign of near-term upside in prices. However, net positions could be substantial for a prolonged period of time.

The broker adds that the positive momentum is here to stay and that prices will rally further during the course of this year and next year.

Stephany Yang wrote today that Gold prices have benefited in the past week from a weaker dollar, as the Federal Reserve has kept short-term interest rates low and signaled that it will take a slow path to future interest-rate increases. Investors are hoping that monthly jobs data to be released on Friday will provide more clues to the health of the U.S. economy and the timing of another potential rate increase.

“Traders are looking ahead to the Friday jobs data, with a reluctance to take new positions” as gold nears $1,300, said Bob Haberkorn, senior market strategist at RJO Futures.

Higher rates tend to weigh on gold, since they make yield-bearing assets like U.S. Treasurys more attractive in comparison.

Previous jobs report this year have signaled strong growth in the employment sector. However, with gold trading so closely against the dollar, Tom Kendall of ICBC Standard Bank warned investors that gold’s recent strength could quickly reverse.

“With the U.S. dollar making sharp reversals against multiple crosses, it is very much a case of buyer beware,” Mr. Kendall wrote in a Wednesday note.

The gold market saw some modest profit-taking pressure kick in from the shorter-term futures traders at late-morning Tuesday, after June Comex gold hit a 15-month high of $1,306.00 Monday. The U.S. dollar index also saw a corrective bounce today, after notching an eight-month low overnight. The firmer greenback today and weaker crude oil prices were also negative outside markets for the precious metals.

There was good follow-through selling pressure today and a bearish “key reversal” down was confirmed on the daily bar chart, which is an early technical clue that precious metals have put in a near-term top. The market bulls still have the firm overall near-term technical advantage.