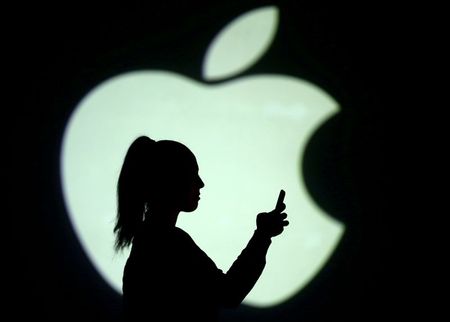 Antony White, a lawyer for Google, told the first day of a two-day hearing that the maiden, U.S.-style data protection lawsuit could only seek redress under English laws if any data breach had led to claimants suffering damage.

“It is not my case that loss of personal data may not have serious consequences, but it may not always do so in a way that attracts compensation,” he said, adding that any uniform award would also fail to take into account differing phone usage.

Richard Lloyd, a former director at consumer rights group Which?, is leading the claim that seeks to extend Britain’s fledgling class action regime – and multi-billion pound data protection claims against tech giants, such as Facebook, TikTok and YouTube, rest on the judgment.

Lloyd has previously estimated that damages could run to 750 pounds per iPhone user, potentially bringing damages to more than 3 billion pounds ($4.2 billion) if any future trial succeeds.

The case, brought on behalf of more than four million Apple iPhone users, hinges on whether Google breached its duties as a data controller by clandestinely collecting browser-generated data and then offering it to advertisers in 2011 and 2012 – and whether such a class action can proceed in Britain.

Experts say the case is “hugely significant” and warn businesses that harvest and use troves of personal data for commercial gain to consider whether they are acting fairly and transparently.

“If the judgment goes in favour of the claimants, we will see the floodgates open to a tsunami of representative data class actions in the UK,” said Julian Copeman, a partner at Herbert Smith Freehills.

Critics of “opt out” class actions, which automatically bind a defined group into a lawsuit unless individuals opt out, say they can lead to claims without merit and lush profits for litigators and their funders.

Proponents say they allow easier access to justice, especially when individual claims are too small to pursue individually, and that alternative “opt in” lawsuits, where every claimant signs up, are costly and time-consuming.

The Confederation of British Industry, a trade body, says such cases could be “highly detrimental”, noting the risk of ruinous damages awards could prompt settlements regardless of the merits of a case.