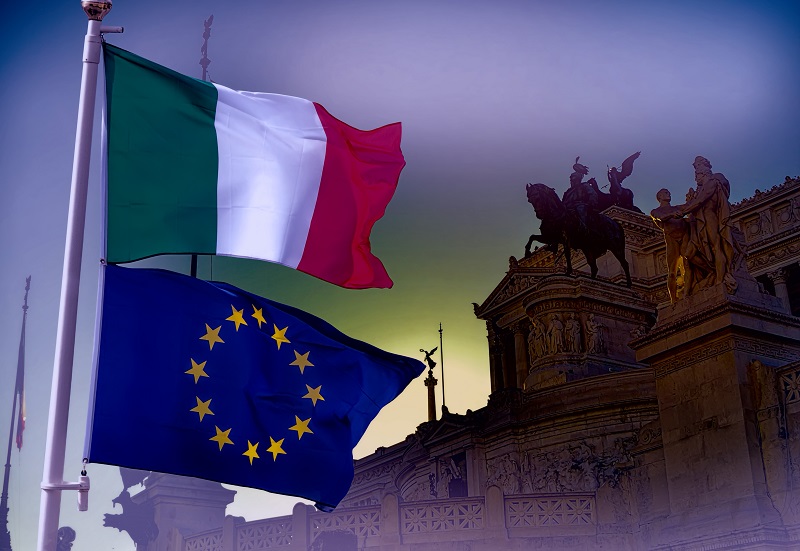 The populist movement that has been underway in Italy has been frequently compared to the movement underlying Brexit by some outside observers. However, there are several variables that make the current political situation in Italy very different than what occurred in the United Kingdom.

The first, and perhaps most obvious, the difference is that the United Kingdom never implemented the Euro, to begin with. Though the UK’s departure from the Europe Union had a decisive impact on the European economy, the continuous use of the pound (GBP) likely minimized the blowback experienced by global currency markets.

Additionally, it is important to note that some leaders of Italy’s Five Star Movement – who were recently allowed more time by President Sergio Mattarella to form a full government – are primarily focused on abandoning the Euro and are less focused on actually leaving the EU. However, abandoning the Euro could still be the first step to leaving the EU altogether and, with enough momentum, it is still possible that both of these actions could happen simultaneously.

Recent polls conducted by the Pew Research Center do indicate the Italian support for the EU is declining. However, the fact that 56 percent still advocate for membership (with only 35 percent advocate leaving) suggests that a “Leave” referendum comparable to Brexit would likely not succeed.

A decrease in Exchange Values

The primary concern surrounding Italy’s threat to potentially abandon the Euro is that the currency itself would begin to lose its exchange value. Italy’s population and economy both compose major portions of the Eurozone and, consequently, losing both the labor and capital that Italy has to offer could have some far-reaching and negative consequences.

However, it seems that the main issue with exchange values may actually be the level of uncertainty that exists in the status quo. Between November 2017 and mid-April 2018, the Euro lost a significant amount of exchange value when compared to the US Dollar. Since then, the Euro has seen a major rebound followed by a minor retraction. When compared to the past ten years of currency exchange data, it is clear that global currency markets have been experiencing greater degrees of variability. Though there are obviously many different variables contributing to these changes, the future uncertainty of Italy’s role in the Eurozone has undeniably had a major impact.

Another common concern from both political and economic analysts is that Italy’s departure from the Eurozone – whether this is simply an abandonment of the Euro or a complete leave from the EU – could potentially contribute to a much greater domino effect. In reaction to issues relating to immigration, unemployment, and the concentration of power, populism has measurably been on the rise in a number of European nations. In addition to Italy, populist movements in Hungary, Czechia, Austria, and even EU-powerhouse Germany have all gained momentum over the past few election cycles.

Because of the parliamentary style of governing, that is inherent to most European nations, fringe movements typically have a limited amount of power and are often excluded from the governing coalition. But, if a major Eurozone nation such as Italy could successfully abandon the Euro and even the EU, then the precedence for future nations doing so would be systematically increased. In addition to what has already occurred with Brexit, it has become clear that the Rome Treaties’ goal of “Ever Closer Union” will certainly be tested over the next decades to come.

Major Changes in the EU

Ultimately, it seems that Italy’s recent wave of Euro-skepticism could yield multiple different outcomes. Without the ability to form a full government, then Italy leaving the Eurozone will likely be incredibly difficult and many efforts to do so may eventually be abandoned. But if Italy is able to successfully form a government, ruled largely by the populist Five Star Movement and Northern League, then it seems that Italy, EU, and the rest of the world will likely experience a wave of major changes.

Italy’s abandonment of the Eurozone would likely result in the remaining members revisiting the debates about the structure, purpose, and implementation of the Euro and the European Union as a whole. Additionally, changes in policies relating to the distribution of wealth between nations, lending, currency values, and immigration will all likely be revisited. Though, in the long-run, it is quite possible that both the European Union and Italy may find themselves in a stable position, the current state of uncertainty is undoubtedly a cause for concern.