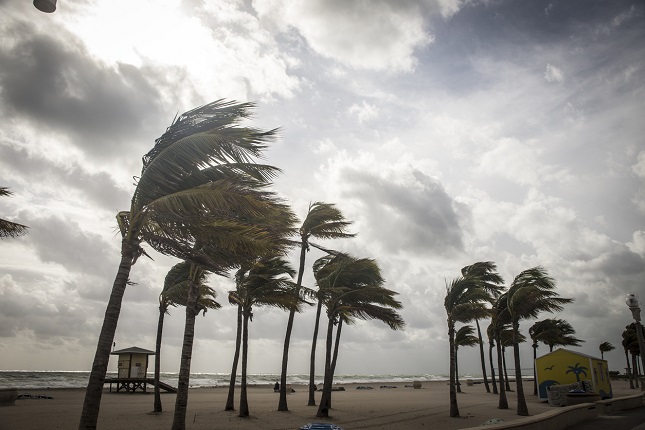 The effects of Hurricanes Harvey and Irma are still impacting US economic growth as evidenced by Tuesday’s Conference board data release. Confidence dropped from 120.4 in August to 119.8 in September, with confidence “decreased considerably” in the ravaged states of Texas and Florida. In a separate report, the US Commerce Department released data that showed new home sales had decreased 3.4% to a seasonally adjusted rate of 560K units last month – the lowest level since December of last year.

On Tuesday, a South Korean lawmaker said that “North Korea has boosted defenses on its east coast”. Apparently, North Korea has moved military aircraft to its east coast following their claims that the US had declared war on Pyongyang. This follows after US Air Force B-1B Lancers, powerful conventional bombers, flew past North Korea on Saturday amid claims from South Korea’s National Intelligence Agency claiming the Korean People’s Army was moving warplanes and coastal defense units into position in the eastern part of the country. However, Chairman of the Joint Chiefs of Staff General Dunford stated on Tuesday that despite the heated war of words between Pyongyang and Washington, the US has not noticed any significant posture shifts on the part of the North Korean military that would signal that a war is on the horizon. Needless to say, the continued tensions are a concern to the markets which will be quick to move to safe-havens if the tensions escalate.

The EUR suffered the second day of selling pressure, as the markets are growing concerned that the rise in right-wing nationalism witnessed in the recent German elections could spread to other Eurozone countries. Specifically, the focus has shifted towards both Spain and Italy and their political shift to a more right centric nationalist view, and how they could undermine the Eurozone community.

Fed Chair Janet Yellen warned in a speech on Tuesday that it would be “imprudent” to keep US monetary policy on-hold until inflation is back to 2%. She stated that the Federal Reserve “should also be wary of moving too gradually on rates”. Following her comments, the CME FedWatch tool indicated the possibility of a December rate hike has risen to 78% from last month’s 40%. With the market digesting this likelihood, USD gained across the board. Markets will be keen to see the Tax Reform outline that will be presented by Trump’s administration and Republicans in Congress today. A reduction in corporation tax will help bolster profits of US corporations, whilst a reduction in individual income tax will help consumer spending.

Gold once again came under pressure as risk-on sentiment gathered pace. Currently, Gold is trading around $1,295.

WTI crude oil is currently trading near Wednesday highs at $52.05.

At 16:45 BST, Bank of Canada Governor Stephen Poloz is scheduled to speak before the St. John’s Board of Trade in St. John’s, Newfoundland. The topic of his speech is The Meaning of “Data Dependence”: An Economic Progress Report. The speech will be followed by a Q&A session that may provide insight into any changes in Canadian Economic policy.

At 21:00 BST, the Reserve Bank of New Zealand will announce their rate Decision and their Rate Statement. The consensus is forecasting for New Zealand interest rates to remain at 1.75%. Any increase will cause volatility for NZD currency pairs. As always, the markets will be looking to see if there is any change in monetary policy as that will also create market volatility.