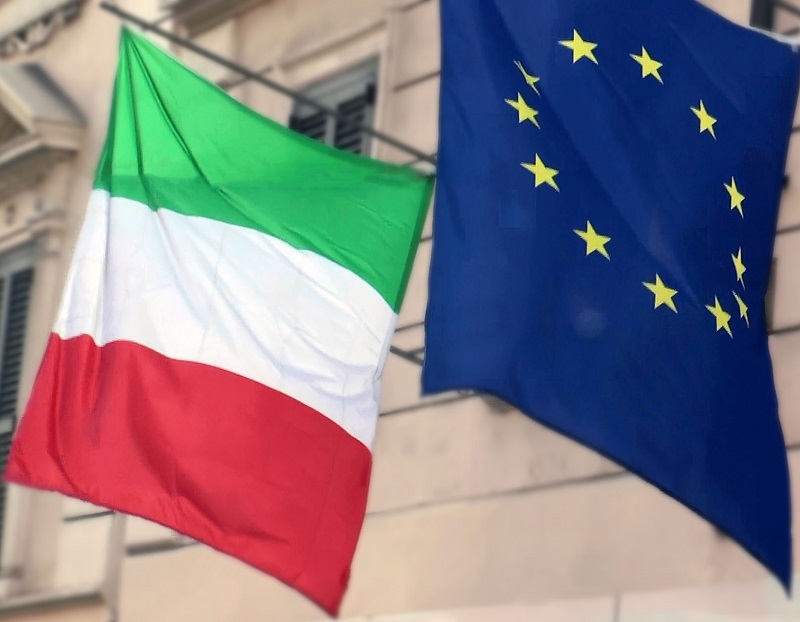 Despite narrowing in the last few days, the spread between the yield on German and Italian bonds remains at its highest levels since early 2013. The spread narrowed to 282 bps from 306 two days earlier as risk appetite returned to markets.

The spread has widened over the course of the year amidst growing concerns over Italy’s fiscal position and the fact that the European Commission is unlikely to accept Italy’s budget proposals. The Italian Finance Minister most recently proposed raising the budget deficit to 2.4% of GDP next year – something the European Commission has so far flatly rejected.

Furthermore, it is feared the situation is putting pressure on the fragile coalition between Italy’s Lega Norda and the 5-Star Movement that governs Italy.

While the situation is a long way from the full-blown crisis that threatened the Eurozone’s existence in 2011 and 2012, predictably the market is nervous that it could escalate. Already some politicians have stated that if Italy had its own currency these problems wouldn’t exist.

Adding fuel to the fire is the fact that European Central Bank is winding down its monthly asset purchase program and will be reducing its bond purchases by 50% in October. This will remove an underpin supporting Italian bond prices.

EUR/USD traders will want to keep an eye on the spread between Italian and German bond yields as it may well dominate the market narrative in the months to come. Even if the actual economic impact is limited, it will give substance to the effects growing populism could have on European economic policy. It could also create further tension between the European countries with strong economies and those with weaker balance sheets.

The Euro has lost ground against the USD since the FOMC meeting last week, and further losses are likely if the situation escalates. After reaffirming resistance above 1.18, the EUR/USD pair has fallen sharply. The pair is now trying to reclaim support at 1.1454. If it can’t hold this level, the immediate target is the major low at 1.1301 recorded in August.

The narrow price action over the past two days suggests an impending larger move in one direction or another early next week. The current consolidation has support at 1.1394 and resistance at 1.1592, although those levels could be tested further before we see a convincing move.

In the absence of news flow, the Euro is very oversold, and a bounce to at least the midpoint of the downtrend (1.1632) is highly likely. Beyond that, we will need to look at the strength of the USD. Gold, which also highly affected by rising bonds yields, is trading in a bearish sentiment since the bond market crash.

However, given the technical picture, any news flow, particularly comments from European or Italian leaders, could trigger a sharp reaction. For now, traders should watch the consolidation range carefully, especially the price action at the upper end of the range.