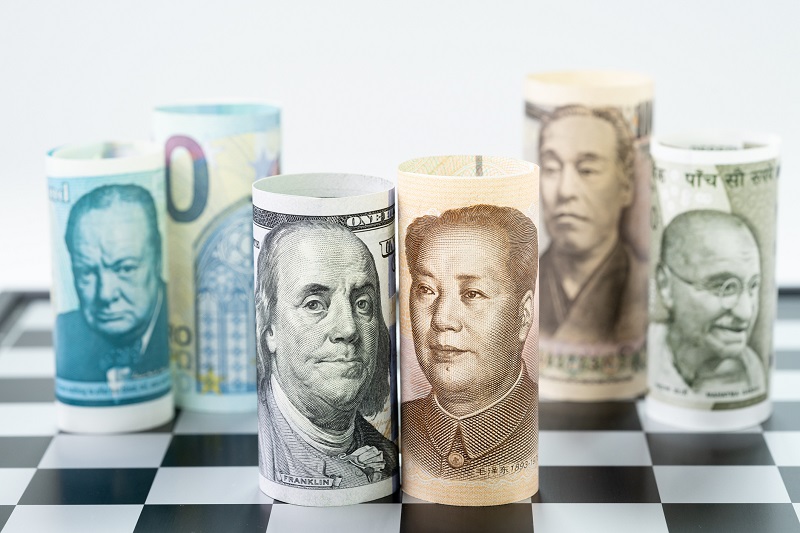 The developing trade war between the US and China has created turmoil in emerging markets, most noticeably in the form of a sell-off of the Chinese stock market and currency.

Trading the trade war is not very straightforward. Firstly, we really don’t know how it will end. It will probably be resolved eventually, but the timing will make a big difference.

The longer it lasts the more damage will be done, and that will have longer-term implications. A longer trade war may also trigger a domino effect through other parts of the global economy. If the trade war was to be resolved fairly soon, prices would normalize quite quickly.

One thing to remember is that it appears Trump is happy to keep the pressure on as long as the US stock indices continue making new highs. If volatility in the US stock market picks up, as it is now, he may be forced to soften his stance.

Several markets related to the trade war are currently very oversold, and should the impasse be resolved, sharp reversals are possible in some of these markets.

Traders should be careful of using the same approach across all emerging markets. Some markets have been caught up in the trade war, while others have deep-seated underlying problems of their own.

Tensions over trade began to grow between the US and China between January and May this year. In May the US began to effectively impose tariffs on certain imports from China by terminating tariff exemptions. More products were added in June and more gain in September.

The Chinese Renminbi has fallen 10% since March as the trade war has escalated. The Shanghai composite has meanwhile lost as much as 25% since the beginning of 2018.

The slide in the renminbi has to a certain extent offset the added tariffs – the weaker currency means US importers are paying slightly less before tariffs are added.

It’s worth noting that the slide in the value of the Renminbi has slowed significantly since July despite the additional tariffs with a double top potentially forming. It is possible that the Chinese Central Bank is supporting the currency to prevent capital flight, as they experienced in 2015/2016.

Not many forex brokers offer to trade in the Renminbi, but a few do. If you are looking to trade the Chinese currency you will be trading the Offshore Renminbi or CNH. The CNY is the Onshore Renminbi which us restricted and managed by the Central Bank.

Turkey has several problems. Firstly, a series of populist policy decisions by the president eroded investor confidence, triggering a selloff of the already structurally weak Lira. This turned into a vicious cycle as much of the country’s government and corporate debt is USD denominated, and effectively rises as the Lira weakens. On top of this precarious situation, the US then imposed new import tariffs on Turkish goods.

The Turkish Lira had lost almost 46% of its value by the middle of August and is now consolidating in what could turn out to be either a continuation or reversal pattern. The benchmark equity index, the BIST100, fell as much as 30%, though it has recovered some of those losses.

The Turkish economy is one of the most vulnerable in the world, and further emerging market volatility could very easily lead to further losses for both the currency and stock market. Investors will probably want to see policy changes before a sustained recovery begins.

Argentina had to turn to the IMF to help prop up its balance sheet in May, and this loan was recently increased to $57 billion. The Peso reached an all-time high of 41.47 against the USD, having traded at 18 in January. Last week, the Central Bank raised interest rates to 65%, indicating how serious the crisis is.

The benchmark stock index recently tested the all-time high recorded in January – though this has more to do with the inflationary effect of a weak currency than with earnings.

Argentina is one of the weakest markets and will be vulnerable to further fallout from the trade war. Traders watching the stock index should focus on the technical picture rather than trying to weigh up valuations and a fluctuating currency.

South Africa’s economy has been under pressure for several years as a result of a scandal-ridden government. In the second quarter, the country officially dipped into a recession.

South Africa’s currency, the Rand, is structurally weak and was also rated by Bloomberg as one of the most vulnerable in the world. The Top40 stock index has made little ground since 2014 as political uncertainty led to an investor exodus.

A certain degree of political stability has been restored and South Africa is beginning to look more like a potential turn around play. South Africa is also a major commodity exporter and highly correlated with China’s economy. If the trade relationship between China and the US is resolved, SA may be a market to watch on the upside.

Commodities, especially base metals like copper and iron ore are another potential play based on how things develop. If the standoff is prolonged its likely to have an ongoing impact on China’s domestic economy, which includes massive infrastructure projects. Besides metals prices, traders can also look to Australia’s large commodity exporters.

The original FAANG stocks (Facebook, Apple, Amazon, Netflix, and Google) have a few problems of their own. Not only are they priced for strong growth going forward, but the likes of Facebook and Google are facing growing scrutiny over issues related to users’ personal data.

The trade war has now brought a new dynamic to the sector. Chinese tech giants Alibaba and TenCent are both under pressure due to the trade war. China is also very important in Apple’s life, both as a supplier and as a customer. Ongoing pressure on China’s economy will eventually begin to impact Apple.

As you can see there are quite a few instruments that traders can use to play the trade war, either in the case of an escalation, or continuation or in the case that it is resolved. When choosing a forex broker it’s a good idea to look at the range of instruments offered so that you have the option of expressing trades through several instruments.

As was mentioned at the beginning, it’s impossible to predict how all of this will play out. Traders should, therefore, trade opportunistically and keep an open mind.