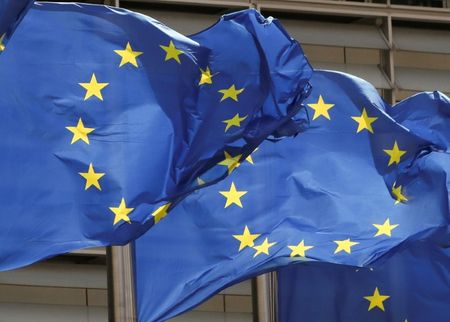 Here’s what the move means for EU debt sales, bond markets and the affected banks:

WHICH BANKS ARE AFFECTED?

Banks from all corners of the world are affected: U.S. lenders JPMorgan Chase & Co., Citigroup Inc. and Bank of America Corp. as well as British peers Barclays Plc and NatWest Group Plc are on the list.

All on the list of 39 primary dealers responsible for managing debt sales — syndicated and auctioned — for the bloc and managing its debt trading in the secondary market.

Many are Europe’s go-to banks in the public sector bond market; seven are among the top 10 fee earners from syndicated debt sales in this market since 2020, according to Dealogic.

WHAT DID THEY DO?

The ban relates to lenders found being part of three cartels in the past three years. One saw a number of banks fined over tinkering in FX spot markets between 2007-2013. Another one found a number of banks colluded on trading strategies and pricing between 2010-2015 on public sector bonds – debt issued by government-linked institutions. A third one related to a cartel of traders at various banks in the primary and secondary market for European government bonds.

HOW BIG WILL FEE LOSSES BE?

Sitting out from syndications, where investment banks are hired by an issuer to sell debt directly on to end investors, means losing out on lucrative fees. Banks netted 20 million euros – 0.1% of the 20 billion euros – in fees from Tuesday’s debut bond, according to Reuters calculations.

Fees vary with debt maturities; the longer the bond, the higher the fees.

An average of its fees across all maturities for the remaining 60 billion euros of this year’s long-term debt issuance would translate into a pool of another 66 million euros if all that debt were to be syndicated, Reuters calculations showed. Considering it will be divided among all banks participating, that’s a relatively small amount compared to the $224 million top earner JPMorgan alone reaped from syndicated European public sector debt sales since the start of 2020, according to Dealogic.

The EU also pays smaller fees for its recovery fund debt than European sovereigns. However, it currently issues all its debt through syndications and will rely on them much more heavily than sovereigns even after auctions start in September, meaning it is a fee source banks won’t want to miss out on.

HOW LONG WILL THE BAN LAST?

No timeline has been given. EU Budget Commissioner Johannes Hahn said the commission would work through information provided by banks on how they addressed the issues “as fast as possible”.

Sources told Reuters some banks already submitted information, with the remaining ones expected to follow soon. This could mean some of the banned banks could get the green light to rejoin bond sales, the sources said.

A senior debt banker at a primary dealer not banned said he expects at least a few of the banks to be re-admitted by September, when EU auctions begin.

WILL IT HIT LIQUIDITY?

ECB bond buying has zapped some liquidity in the bloc’s fixed income markets. Liquidity matters to investors, making it easier and cheaper to transact.

Syndication fees are a key factor that motivate banks to participate in auctions that are much less lucrative but crucial to maintain liquidity.

European governments have lost primary dealers in recent years as banks have judged the business to be less profitable.

And having less major banks left to underwrite its syndications could also pose risks for the EU.