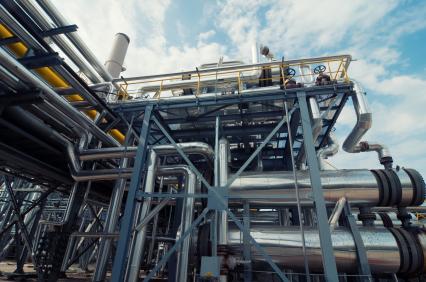 Despite the weaker U.S. Dollar, December Crude Oil futures could not muster much of a rally early in the session. The market is currently trading below $92 a barrel, down about 85 cents from its high. Sellers took control after the U.S. reported a bigger-than-expected rise in last week’s crude oil inventories and an unexpected climb in gasoline supplies. The loss would probably be much bigger if it weren’t for the dollar’s decline.

Longer-term investors are getting mixed signals from the rise in crude oil inventories. While other economic reports such as housing are suggesting that the U.S. is mounting a slow recovery, the rise in crude oil inventories suggest otherwise. The timing as to when the excessive supply will top is the major concern. This is likely to keep prices capped, but increased demand for higher-risk assets will also keep it underpinned. The push and pull of these two factors is creating a sideways trade.

The EUR/USD continues to trade higher after Tuesday’s upside breakout. The news that Moody’s affirmed Spain’s credit rating at Baa3, kept it in investment grade territory, but the agency also gave it a negative outlook. Traders drove the Euro higher based on the first part of the announcement, choosing to ignore the possibility of a downgrade later if conditions continue to deteriorate. Upside momentum suggests that the Forex pair will challenge the September top at 1.3172 by the end of the week.

After turning up this week because of technically oversold conditions, the GBP/USD is trading higher after data showed that the unemployment rate in the U.K. declined unexpectedly. Additionally, the news that the Bank of England monetary policymakers were unanimous in deciding to maintain quantitative easing and low interest rates, also underpinned the Sterling.

The drop in unemployment could mean that the BoE will once again refrain from adding additional stimulus, a move that tends to weaken a currency. It may not mean that employment is ready to trend higher, but it may be an indication that quantitative easing is working to grow the economy.

December Gold is trading firmer because of the weaker dollar. Now that the uncertainty over Spain has been lifted, traders are treating gold as a commodity rather than a reserve currency. This will make it more sensitive to moves in the U.S. Dollar.