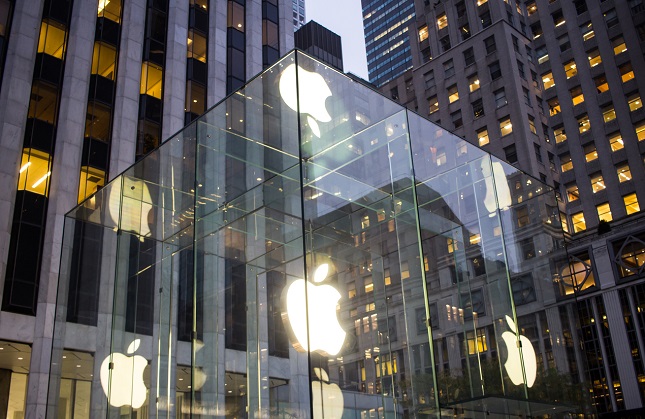 You know what they say, it’s lonely at the top, and once you get there, there is nowhere to go but down.

Of all the Giants of the Internet, Apple is one of the top Giants.

With the ability to earn $1.45K in profits a second, it is earning double per second in profits then it closets rival Amazon, both of which are, or were trillion dollars, $1,000,000,000,000 companies!

However, as of this writing, Apple’s stock was trading at $168 a share, which is down, anywhere from 20% to a much higher amount, depending on when you compare the previous trading of the stock.

This makes Apple no longer a trillion dollar company.

But ‘don’t cry for me Apple investors’ just yet, the company is worth anywhere from $800 billion to well over $900 billion, depending on the day.

Apple has for quite some time been a good investment for the big picture, so as investors, who know the game, this slight fall from grace may only be just a blip, a glitch in things, and there are a few things we need to keep our eyes if we wish to keep investing, or riding it out with Apple.

Apple has proven itself as a leader in certain technology, beginning with their home PC’s, moving into the land of iPods and Apple Music, and for the past many years, the iconic iPhone.

The iPhone has become the flagship of Apple’s popularity with the general public. The queues waiting for days for the next release and generation, the new styling, changes in technology, smaller, lighter, then larger screen, all these innovative changes not only put the iPhone and Apple over the top but helped keep them there.

Until now. There are a few concerns that investors have regarding Apple and their future.

Apple’s iPhones are not selling as well as they had in the past, period.

Apple’s answer to low sales in the past was to increase the price, sell less, but make the same profit or margin. In the past, a good model to follow, but not if the economy and personal spending drops and goes down.

Raising prices is a business solution that for now is not working, and in part, it is due to the fact iPhones are expensive enough already.  They cost more than other mobile phones, and not many users can afford to replace such an expensive item every year.

Second, Apple may have reached market saturation. They’ve sold billions of these little wonders, maybe the market has had enough.

Stir in a little competition, from Samsung, Microsoft, and even some of the smaller players in the mobile world, and you have a recipe for sluggish sales. And sales of your hottest selling product slowing down, it can make investors a little nervous.

Apple is not just iPods, iPads, iPhones, and computers, but also a services division, such as Apple Pay, Apple Music, their app store, etc.

Investors want to know, are these service divisions going to pick up the revenue slack that sales of other products may create.

Apple has eluded to other services such as TV, films, banking, and even the health industry. Although the Apple watch may be the start of some of these services, no formal plans have been shared. Apple plays their cards close to their chest, which in the past has created a mystery shrouding them, and created interest and sales.

Investors now want facts and figures to weigh before they click a button sending their money off to brokers and buying shares.

An Analyst at Creative Stategies, a market research firm, Carolina Milanesi stated, “If we know that sales for the iPhones are going to be either flat or down and then there’s nothing else to compensate that, the, of course,e there are reasons for concern but I think it’s too early.”

“In a year’s time, if we don’t see the services business pick up in the way we expect, then I think the concerns could be legitimate.”

So, time will tell.

Apple may be one of the largest companies in the world, and even with stock prices down, they can adjust their business models how they see fit. Yet, there is one thing out of their control – trading between countries, trade tensions, tariffs, import and export duties, and politics.

The politics that may affect trades.

While Apple’s Tim Cook may have made light of the proposed trade tariffs, the current President of the US has stated he will impose those tariffs against China. The company now is seeing that these tariffs and trade tensions are affecting their revenues.

And it will affect Apple’s profit. Investors are anxious as 20% of Apple’s revenue comes from the Greater China Region, which includes Hong Kong and Taiwan.

Looking at all these factors, it does put Apple in a grim light.

However, the company is a strong one and is financially viable enough to weather most economic storms.

One area the company may be looking into is their computer products. The Macbooks and MacBook Air have been solid sellers in the computer market. Not much has changed with these over the years, as Apple concentrated on the iPhones and iPads.

A change in the computer division may be a shot in the arm the company needs.

Of course, they could always have something else up their sleeves.

Apple has for quite some time been a good investment for the big picture but the same as any other big company, Apple faces new challenges