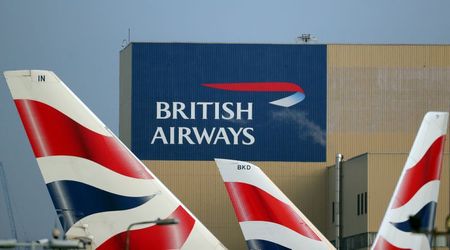 By Sarah Young and Dan Williams

Palestinian militants have repeatedly shelled the Tel Aviv area during hostilities that erupted on Monday, raising safety concerns over Ben Gurion Airport, Israel’s main airport, and prompting it to reroute some flights to Ramon Airport, some 200 km (125 miles) to the south, which serves Eilat.

“The safety and security of our colleagues and customers is always our top priority, and we continue to monitor the situation closely,” British Airways said after cancelling its flights to and from Ben Gurion for Thursday.

Hamas militants in Gaza said they had launched a rocket at Ramon Airport on Thursday, but the Israel Airports Authority said that no rocket had struck Ramon and that it was operating as normal. The airport, which opened in 2019, can handle about 2 million passengers a year. It is connected by bus routes to the north, although there is no train service.

Its arrivals board showed several El Al Israel Airlines Ltd. flights from abroad that had been originally scheduled to land at Ben Gurion.

An Israeli official said the two airports were operating in sync. Ben Gurion was handling cargo, private and some other flights, and Ramon is “open for landing international commercial flights” and running scheduled domestic flights, he said.

Social media carried footage, purportedly taped by a passenger on an El Al flight from Brussels that was the first plane rerouted to Ramon, showing the view through the window of rockets being fired and intercepted over Tel Aviv. Reuters could not independently verify the footage.

UK-based Virgin Atlantic cancelled its flights to Tel Aviv for Wednesday and Thursday.

“Due to the current situation in Israel, Lufthansa is suspending its flights to Tel Aviv until Friday, May 14,” the airline said.

Wizz Air said it had delayed its Thursday flight from Abu Dhabi to Tel Aviv until Friday.

Emirati carrier Flydubai said it was continuing to operate daily flights from Dubai to Tel Aviv. The airline was scheduled to operate three flights on Thursday, its website showed, while a fourth, night-time flight was cancelled.

United Airlines, Delta Air Lines and American Airlines on Wednesday all cancelled flights between the United States and Tel Aviv.

Virgin Atlantic had said earlier this week that bookings to Israel had soared 250% week on week after an announcement by Britain that Israel was on its “green list” for the reopening of overseas leisure travel during the COVID-19 pandemic.

But an explosion of violence, with fighting in Jerusalem and the Gaza Strip causing mounting civilian deaths, have made international airlines wary of the region.

Israel’s national airline El Al has said it was ready to operate additional planes to make up for shortfalls in foreign carriers.

British airline easyJet said that it was not yet cancelling its flights to Tel Aviv. Its next flight there is from Berlin and not scheduled until May 16, with a service from London Luton to Tel Aviv scheduled for May 18.