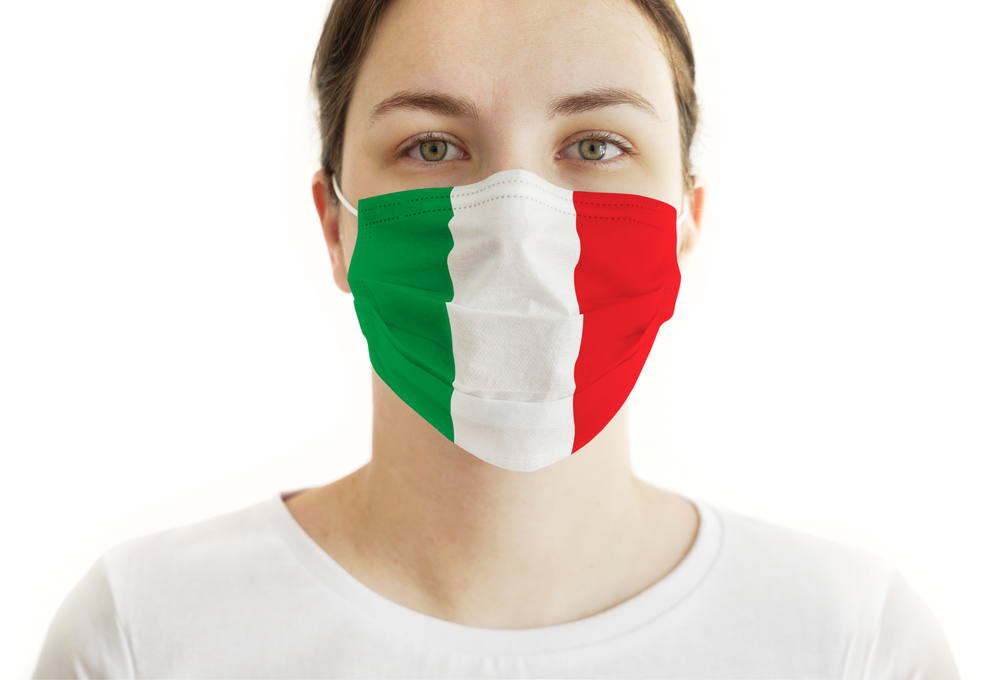 Governments around the world are in a quandary over Covid-19: how to counter the economic disruption caused by the outbreak when public-health measures to contain the disease require often severe restrictions on people’s ability to travel and work.

Italy has reported the largest number of cases of coronavirus in Europe, standing at more than 9,100 now, with at least 463 deaths to date, leading the government to take drastic measures to slow the spread of the disease. Schools closed on 5 March for a minimum 10 days and sporting matches will be played behind closed doors for the next month, if they haven’t already been cancelled. The authorities have expanded a quarantine to all of Italy, restricting public gatherings and encouraging “social distancing”.

The public health challenge the Italian government faces is very serious. But on top of the disruption to millions of ordinary people’s lives and the distress for those worst affected, the Italian economy is experiencing a triple shock.

First, Italy’s export-oriented industry is relatively heavily exposed to the disruption to global supply chains caused by the initial outbreak of the disease in China. As Europe’s most-important manufacturing powerhouse after Germany, Italy is the EU’s third biggest exporter of goods to China and third biggest importer from China after Germany and France.

The particularly virulent outbreak of the disease in Italy is taking place in the country’s northern industrial heartland. The region of Lombardy alone counts for around 27% of exports and 22% of Italy’s GDP, with the total share of the economy attributed to severely impacted regions rising to 40% once Veneto and Emilia-Romagna are included.

Secondly, the impact on Italy’s treasured tourism sector is significant. The international spread of the virus is discouraging visitors to some of Europe’s most popular holiday destinations such as Milan, Venice and Florence. Tourism accounts for 13% of Italy’s economic output by itself. Even after the global and Italian manufacturing sectors start to recover, Italy’s tourism exports might well lag behind should travellers remain reluctant about voyaging too far from home.

Thirdly, the Italian economy and public finances were already in a vulnerable position in comparison with those of other European countries even before the coronavirus struck. GDP shrank in the fourth quarter. Public debt remains high. We expect gradually rising debt to GDP in the future. In addition, we undertook an exercise a month ago to stress test the public finances of EU countries. Italy scored weakly in terms of its fiscal vulnerability to a severe economic shock and capacity to weather such a crisis without significant increases in public debt.

Our conclusion is that Italy is facing a very difficult year as the epidemic has brought widespread disruption to many communities in addition to the distress they are suffering as the death toll has mounted. We estimate that the economy may shrink in 2020 by at least 0.3%; we had previously forecasted growth of 0.25%. The sometimes-shaky coalition government of Prime Minister Giuseppe Conte has limited room for fiscal manoeuvre to offset the economic shock absent endangering debt sustainability.

The government has opened up its fiscal first-aid kit amid the public health emergency to help businesses, workers and those on the front-line dealing with the health crisis. Measures include doubling a “shock therapy” fiscal stimulus package to EUR 7.5bn (0.4% of GDP) on 5 March, including tax credits for companies hardest hit, bolstering a national wage-supplement fund and extra cash for health services and the civil protection and security forces. There are now discussions about further raising the size of the stimulus.

Weaker-than-expected growth and extra-governmental spending suggest that Italy’s budget deficit will widen significantly this year, if only temporarily, after narrowing to 1.6% of GDP last year. The government recently estimated a deficit of 2.5% of GDP in 2020.

In normal times, that would put Rome at loggerheads with Brussels as Italy has repeatedly brushed up against EU fiscal limits. However, this time is different: in recognition of the gravity of the situation in Italy and in the rest of Europe, the European Commission has indicated maximum flexibility around its fiscal rules in 2020 if spending is clearly linked to the epidemic mitigation. Still, Rome’s approach needs to recognise the government’s budgetary constraints and still-elevated public debt of 135% of GDP at end-2019, second highest in the EU after Greece’s.

There are concerns that public debt may rise towards 140% of GDP in coming years, which could adversely impact on investor confidence particularly as a pronounced slowdown in global growth now appears definite this year. After all, an economic downturn can increase debt via multiple channels.

One is by curtailing tax revenue flows and raising counter-cyclical spending by governments, both driving budget balances downwards. Another is the reduction in nominal economic output, raising debt-to-GDP ratios via a denominator effect. Yet another is the possibility that the cost of servicing the debt rises as investors lose faith in governments with greater fiscal vulnerabilities.

One metric of investor concerns is the widening in the spread in yields between Italian and benchmark 10-year German government bonds to around 200 basis points, up from 130bps in mid-February. The last thing Italy needs presently is any deeper market sell-off and financial instability.

Even so, we recognise that Italy has significant institutional and financial strengths, among them a large and diversified economy, a long record of primary fiscal surpluses and moderate levels of non-financial private sector debt. Moreover, the government’s success in raising revenues supported the lower-than-anticipated budget deficit in 2019, which has given Rome greater leeway to release funds in responding to the crisis.

Crucially, Italy is a main beneficiary of the euro area’s ultra-accommodative monetary policy and lender-of-last-resort facilities. Italy can borrow over 10 years at very low rates still of just over 1%. Indeed, the BBB+ sovereign ratings we assign to Italy – itself 1-2 notches above the assessment from US credit rating agencies – reflects our unchanged view of Italy’s systemic importance within the euro area and associated likelihood of receiving multilateral support in worst-case scenarios.

Dennis Shen is a Director in Public Finance at Scope Ratings GmbH.