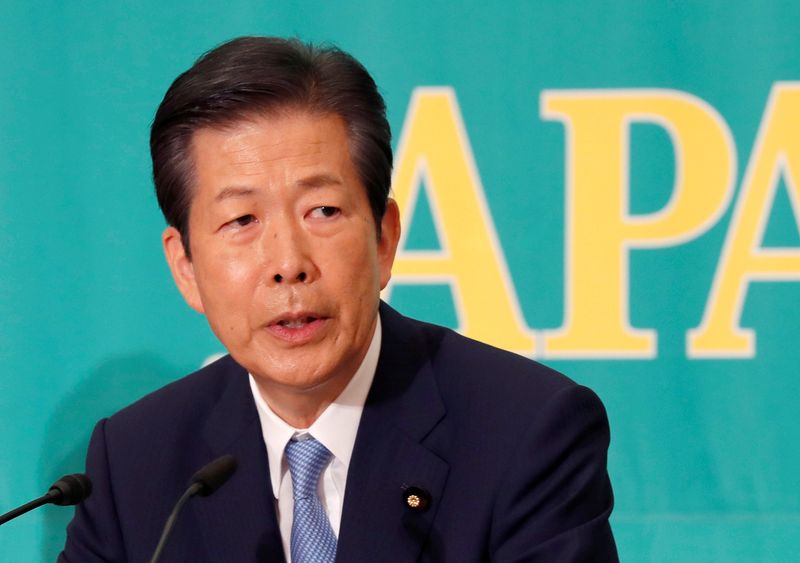 TOKYO (Reuters) -Japan’s ruling coalition has yet to agree on the need for an extra budget to fund emergency relief measures to be compiled by the cabinet to ease the pain of surging fuel prices, according to lawmakers.

The government is scrambling to compile emergency measures by the end of April to help households and small firms cope with surging prices of fuel and other items by tapping budget reserves of up to 5.5 trillion yen ($42.83 billion).

The ruling Liberal Democratic Party (LDP) and its small coalition ally the Komeito party have been at odds over sources of funding, with the LDP resisting calls for an extra budget and Komeito urging the government to craft one as soon as possible.

The prospect of an extra budget could open the door for policymakers to spend big on economic stimulus, possibly including additional bond issues to fund the spending.

That could further strain the industrial world’s heaviest public debt burden at more than twice the size of the world’s third-largest economy.

Even as the chance of an early extra budget fades, lawmakers are likely to pile pressure on Prime Minister Fumio Kishida’s government to spend big on a second round of stimulus.

It is almost a done deal that the government will compile a stimulus package before July upper house elections to appeal to voters, and craft an extra budget after the elections with the aim of passing the budget bills likely in the autumn.

“We share a substantial amount of views already but must continue talks, as there are some areas that must be worked out,” the LDP’s secretary general, Toshimitsu Motegi, told reporters after meeting his counterpart and the policy chief at Komeito.

Sanae Takaichi, the LDP’s policy chief who also was at the meeting, insisted that fiscal 2022 budget reserves be tapped as spending on emergency measures would not exceed about 2 trillion yen, the Kyodo news agency reported.

Komeito leader Natsuo Yamaguchi said earlier the passage of an extra budget before the current legislature session ends in mid-June was necessary to prepare for unexpected expenses.

In parliament earlier on Tuesday, Finance Minister Shunichi Suzuki repeated that the government prioritises tapping reserves as a fast option, when asked about the necessity of compiling an extra budget.

Kishida is expected to unveil details of measures next week after planning within the coalition and government ministries.

Lawmakers in charge of tax policy at the ruling parties and the opposition Democratic Party for the People (DPFP) agreed on Tuesday to “keep considering” the possibility of gasoline tax cuts by evoking so-called trigger clause in the tax codes.

With the effective pigeonholing of tax cuts originally proposed by the centre-left DPFP, the government is set to address energy costs by extending fuel subsidy schemes expanded last month.

For Japan, which relies on imports for about 90% of its energy needs, rising costs of energy and raw materials are particularly painful. Adding distress to consumers and firms is the yen’s rapid weakening.

Analysts expect the world’s third-largest economy to expand an annualised 4.9% this quarter, lower than earlier predictions, according to the latest Reuters poll.