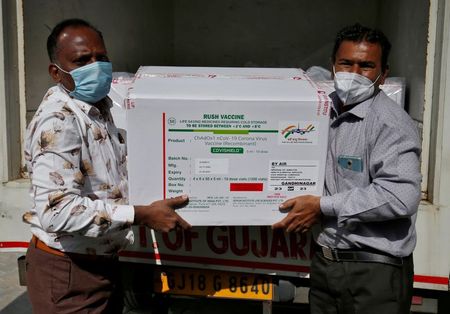 Hans Kluge noted that Europe’s medicines regulators are investigating a small number of cases of blood clots in the region that have prompted around a dozen EU governments to suspend us of the AstraZeneca shot.

“As of now, we do not know whether some or all of the conditions have been caused by the vaccine or by other coincidental factors,” he said, adding: “At this point in time, however, the benefits of the AstraZeneca vaccine far outweigh its risks – and its use should continue, to save lives.”

The European Medicines Agency (EMA) has said so far said it has found no causal link between the vaccine and any clotting or blood coagulation reports.

Despite these reassurances, at least 13 EU member states, including Germany, France and Italy, have suspended use of the shot pending the outcome a fuller EMA investigation – expected to be completed on Thursday.

“We need to renew confidence, if it’s lost, to restore it – especially for AstraZeneca,” he said.

“Basically we do this by transparency, so communication from day one is very important,” he added. “Number two is showing empathy with the people. And number three is to be competent.”

AstraZeneca said on Sunday a review of safety data of more than 17 million people vaccinated in the United Kingdom and European Union with its vaccine had shown no evidence of an increased risk of blood clots.