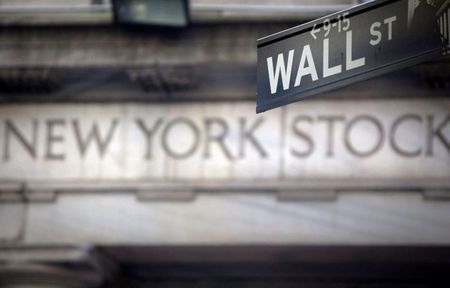 This year, by contrast, kicked off with a powerful broad market rotation into value stocks that boosted shares of energy firms, banks and other companies expected to benefit from a vaccine-fueled economic rebound.

While worries over slowing growth and a COVID-19 resurgence have partially reversed that shift, investors’ recent preference for big tech and growth stalwarts suggests that, for now, few expect a return to the broad economic lockdowns that boosted the companies in Wood’s portfolio in 2020, said Dave Mazza, managing director at Direxion.

“People are finding comfort in the mega-cap names. While we might have seen peak economic growth there’s not a sense that we’re going to have a massive contraction in the economy” from further restrictions on travel or school closures, he said.

ARK did not respond to a request to comment for this story.

The United States leads the world in the daily average number of new infections, accounting for one in every nine cases reported worldwide each day. The U.S. Centers for Disease Control and Prevention recommended on Tuesday that Americans fully vaccinated against COVID-19 should go back to wearing masks in indoor public places in regions where the coronavirus is spreading rapidly. That has done little to boost the monthly performance of some of ARKK’s constituents. Shares of Zoom are down 4.5% this month, though they have pared losses in recent days. Spotify’s shares are down nearly 19% on concerns about slowing user growth rates. Shares of Tesla Inc – which make up nearly 10.5% of ARK Innovation’s portfolio and are its largest holding – are down 4.8% for the month to date, while shares of cryptocurrency company Coinbase Global Inc are down nearly 5% as bitcoin remains more than 30% below its April highs. Overall, seven out of the fund’s 10 largest positions are down for the month, with the 6% rally in Square Inc among its few winners. Despite ARK’s losses, investors appear to be sticking with Cathie Wood. The ARK Innovation fund brought in slightly more than $521 million in new inflows during the week ended July 21, its largest weekly gain since June 23, according to Lipper data.

At the same time, Wood earlier this month pared holdings of big Chinese companies such as Alibaba, Tencent and JD.com amid government crackdowns in the sector. That move has so far proven prescient – shares of Alibaba are down 13% for the month, while shares of Tencent are down nearly 24% over the same time.

“Investors who piled in to the long-term thematic ETF continue to stick with it despite continued underperformance in 2021 in hopes that 2020 success will be repeated,” said Todd Rosenbluth, director of fund research at CFRA.