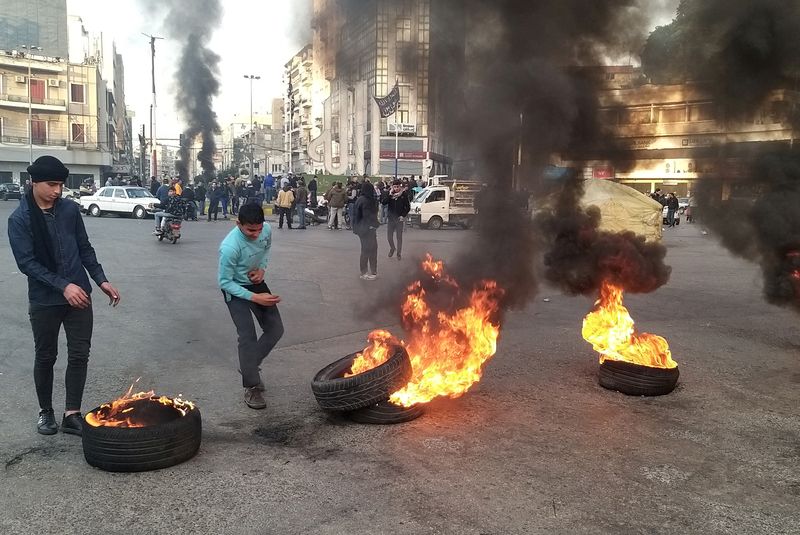 BEIRUT (Reuters) – Lebanon’s government and its central bank have committed human rights violations by impoverishing people through the “callous destruction” of the country’s economy, an independent United Nations report said on Wednesday.

Lebanon’s economic implosion has seen the local currency lose more than 90% of its value, food prices rise 11-fold and more than three-quarters of the population sink below the poverty line.

Throughout the three-year-old decline, the government and Central Bank have failed to secure the rights of Lebanese to social security, healthcare and an adequate standard of living, said the UN’s special envoy on poverty Olivier de Schutter.

He said the crisis had been “manufactured by failed government policies” and that even as the situation deteriorated, officials did not adopt reforms.

“They have a sense of impunity. That is extremely problematic,” de Schutter told Reuters.

There was no immediate response by the Central Bank or the Lebanese government to requests for comment.

“The callous destruction of the Lebanese economy cannot be captured by statistics alone,” de Schutter’s report said, adding that an entire generation had been condemned to destitution.

The report lamented a dearth of official Lebanese data on poverty and relied heavily on local and international non-governmental organizations.

At the end of a 12-day fact-finding mission in November, de Schutter told Reuters that Lebanese government officials appeared to him to be “in a fantasy land,” detached from the difficulties facing most of the population.

He said on Wednesday that Lebanon’s government had seen a draft of the final report before publication but had not challenged any of the allegations about rights violations.

“It is extremely difficult to find a way to get the government to take these messages seriously,” he said.

The World Bank had already dubbed Lebanon’s crisis one of the worst since the Industrial Revolution and said the country’s elite were responsible for this “deliberate depression.”

Lebanon could obtain $3 billion in financing from the International Monetary Fund if it enacts eight major reforms.

De Schutter said the IMF fund was Lebanon’s “only hope,” if it could help alleviate widespread poverty.