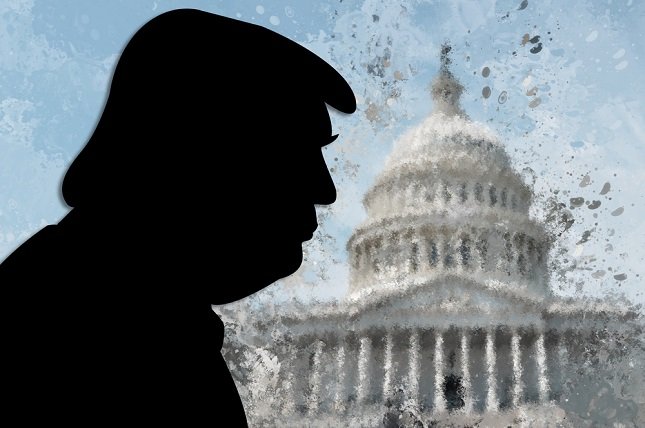 Wednesday was a rude awakening for the markets with the Dollar and U.S Treasuries buckling at the knees as the markets continued to respond to the noise from Capitol Hill, with no macroeconomic data for the markets to be distracted by, the Dollar Spot Index falling by 0.54% on the day.

The bulls around town will have been licking their wounds this morning with global equity markets on the slide at a time when volatility was a word used before the Trump trade era. The ‘unwind’ has certainly kicked in and the reality seems to be hitting home… The Trump rally made no sense and there is some vindication for the non-believers.

We can expect the markets to take a breather from the Trump panic today however, with the Dollar now likely to be considered quite attractive despite the probability of a FED rate hike next month tumbling amidst the chaos.

Economic data out of the U.S today is on the lighter side, limited to May’s Philly FED Manufacturing PMI and weekly jobless claims figures. Manufacturing sector indicators have pointed to a slowdown in activity of late and forecasts are for Philadelphia to suffer the same fate as New York State, which will likely to be a negative for the Dollar, the weekly jobless claims needing to be somewhat spectacular for any support through to the close.

More pertinent stats are April’s retail sales figures from across the pond, the distraction certainly needed as uncertainty continues to grip the markets on what’s next for Trump and the Republicans…

Employment figures out of the UK on Wednesday were reassuring, whilst the weaker wage growth figures largely affirmed Carney’s concerns over the UK economy through the remainder of the year, slowing wage growth and rising consumer prices certainly a bad combination for an economy entering the unknown.

While the Dollar remains under pressure for now, we can expect some support for the greenback, though risk appetite will be on the back burner with European equities in the red at the time of the report, in response to the overnight slide in the Dow. The good news for the bulls is that the Dow and S&P500 are not looking so grim for the day ahead with the Dow futures pointing to a 10 point fall, while the S&P500 looks set to open the day in positive territory, with gold spot also in the red.

Caution will remain the order of the day however, plenty of unknowns now gripping the markets, Trump creating more than a ripple or two.

Across the Channel there’s little for the markets to consider on the stats front, which will likely leave the EUR exposed following Wednesday’s 0.69% gain to $1.1159 by the close, with the EUR currently down 0.21% at $1.1136, the Dollar trying to claw back Wednesday’s sell-off. Draghi and the rest will likely be of little concern for the markets through the day, with the panic of yesterday looking to ease further through the European and U.S sessions, which should be a positive for the Dollar.