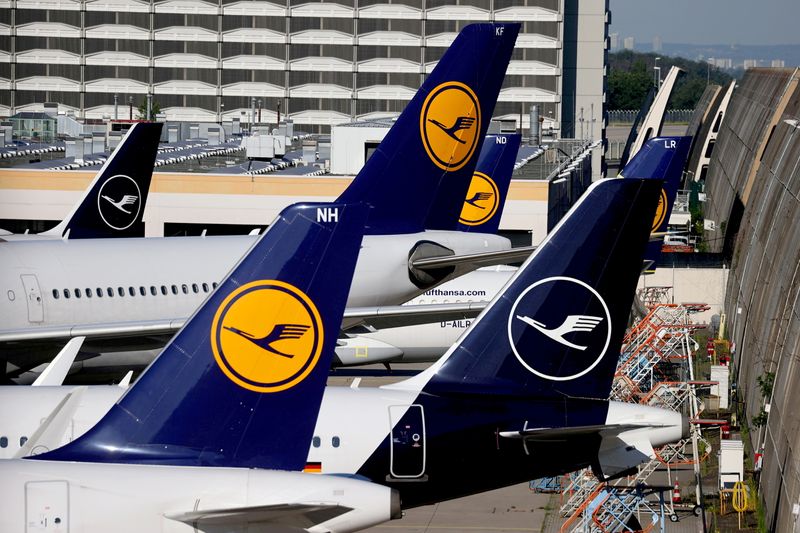 By Ilona Wissenbach and Riham Alkousaa

BERLIN (Reuters) – Germany’s Lufthansa expects high demand for its booming cargo business and the recovery of passenger flights to continue next year, it said on Wednesday, after reporting its first underlying operating profit since the coronavirus crisis.

The group reported adjusted earnings before interest and tax (EBIT) of 17 million euros ($20 million) in the third quarter, versus a loss of 1.262 billion euros a year earlier, supported by strong freight business and rising demand during the summer season with the easing of travel restrictions.

“We have mastered another milestone on our way out of the crisis: We are back to black,” Chief Executive Officer Carsten Spohr said.

Analysts in a company-provided poll had expected an adjusted EBIT loss of 33 million euros.

“The favourable supply-demand gap will last at least until 2022, but with a high degree of probability beyond that,” Spohr said.

It said third-quarter capacity, measured in available seat-kilometres, was 50% of the pre-crisis level. It expects 2022 capacity to rise to more than 70% of the 2019 level.

“The positive development will continue up to 80% in the second half of the year,” Spohr added.

New bookings are currently at 80% of 2019 levels, the airline said, prompted by recovering business bookings and rising demand for long-haul flights, especially to the United States, Lufthansa’s most important and profitable market.

With the U.S. opening for travellers from Europe next week, Spohr said transatlantic bookings were already around 80% of pre-crisis levels, adding he expected mainland China to open up in the middle of 2022 rather than early next year.

Shares in Lufthansa were up 6.1% at 11:01 GMT, the second best performer on Germany’s mid-cap MDAX index.

The group, which last year received a 9 billion euro lifeline in public funding to stay afloat, said it expected capital expenditure of around 2 billion euros next year and that it was aiming for 2.5 billion a year in the long term.