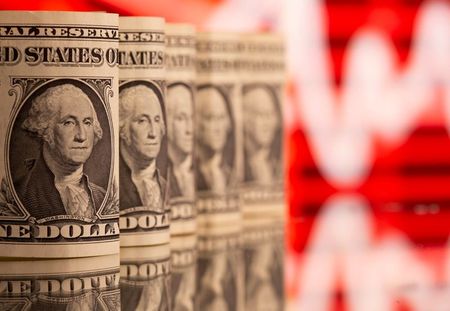 A look at the day ahead from Sujata Rao.

A robust corporate second-quarter is mostly already in market prices. But after Tesla’s record results on Monday and with Alphabet, Apple and Microsoft reporting later on Tuesday, attention turns to what kind of outlook tech bosses will flag for a sector whose share performance has been pressured by economies reopening.

The question from markets seems to be “Companies did great in Q2 but what’s next?” And the U.S. Treasury market isn’t painting a pretty picture — “real” bond yields are near record lows below minus 1%.

Summer blues? COVID fatigue? Wait-and-see before Wednesday’s Federal Reserve statement? Or is something being missed in the economic data?

U.S. home sales figures and Germany’s Ifo disappointed on Monday but there’s a solid 67% profit jump at Chinese industrial companies in June and the biggest quarterly GDP expansion in a decade in Korea on Tuesday. A Reuters poll of 500 economists upped global growth forecasts to 6% this year — the fastest in nearly half a century — and to 4.5% in 2022.

Even on the COVID front, there is a bright spot in Britain’s steadily falling caseloads.

Finally, Bitcoin which rallied to five-week highs on Monday has stumbled again and is back below $40,000.