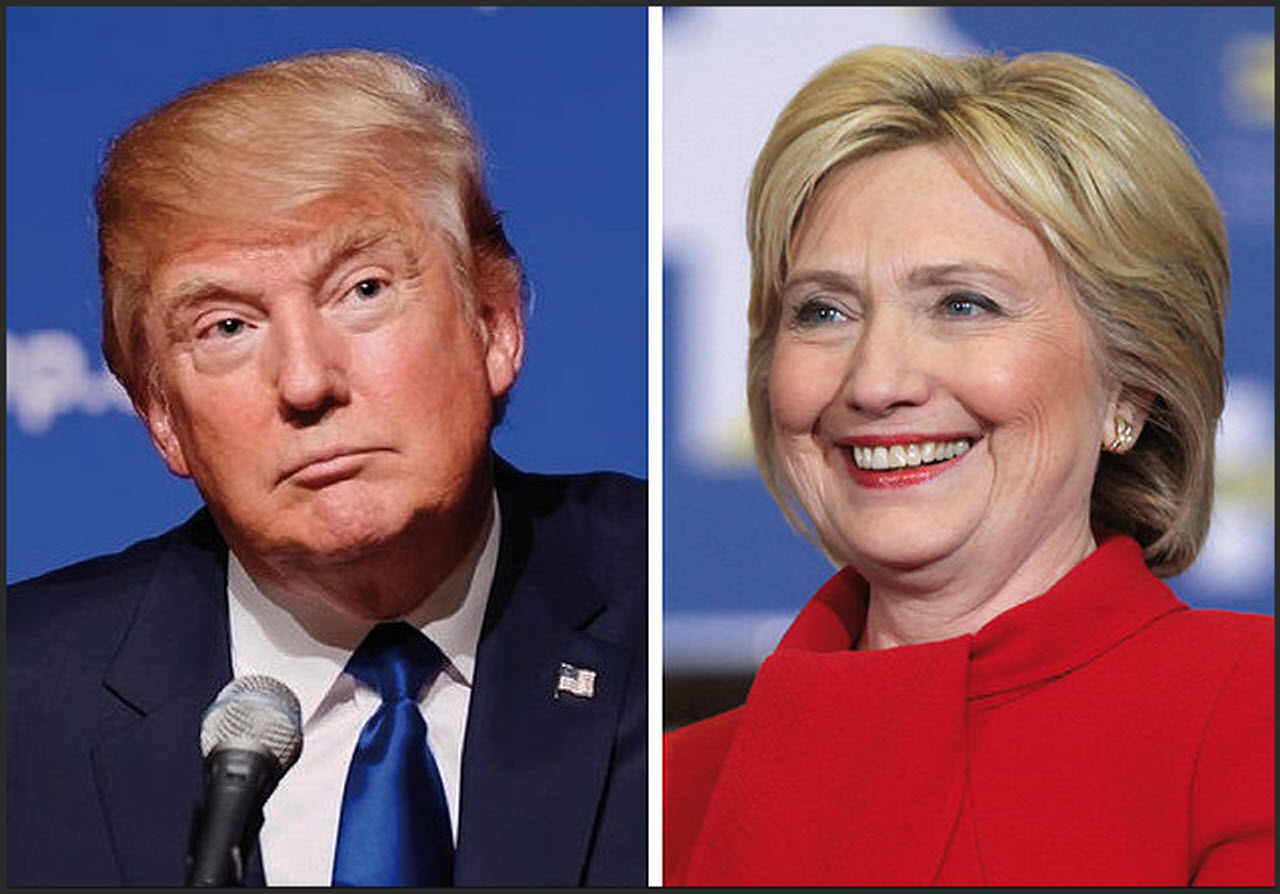 It has been the most controversial campaign in the American history – and now after all the scandals, rumors, investigations, and mostly an unpleasant elections race –  it’s almost over.

In two days, we will know whether America has decided to elect Donald Trump or Hillary Clinton to replace Barack Obama as the 45th President of the United States.

Although the Democratic US presidential candidate Hillary Clinton holds a five-point lead over Republican Donald Trump in the latest Washington Post-ABC Tracking Poll released early on Sunday, a change over to Trump’s side is still a possibility.

Still, despite Trump’s attempts to manipulate the polls numbers, it is most likely that Hillary Clinton will win US elections on Wednesday.  According to most predictable scenarios, the Democratic candidate will win 270 electors which is the minimum number required to win US elections. The ‘New York Times’ concluded that Clinton has 268 electors that are guaranteed to the democratic party. According to this model, 113 electors are still swinging and open for competition. Hillary needs at least two electors to win while trump must win all 113 electors.

Theoretically, Trump can reach this number. However, the majority of the polls predict Clinton to win. The website “538” estimates that Clinton will win 291 electors. The Huffington post was more decisive with an estimation of 98.1% that Hillary Clinton will win the presidential race.

It must be noted, the race has tightened significantly in the past week as several swing states that are considered must-wins for Mr. Trump shifted from favoring Mrs. Clinton to toss-ups. According to Real Clear Politics polls, Clinton’s advantage over Trump shrunk to 1.7%.

The economic manifest of both candidates plays a big part in this elections. While Clinton is the “status quo” candidate that will maintain the financial market stability, it is Donald Trump who increases markets’ fear levels and is considered to be one of the most riskier presidential candidates in the American history. Last week, the VIX (Volatility Index) climbed 38% as concerns of ‘Brexit Type’ Response will repeat in the shape of Trump’s win.

Hillary Clinton is still the favorite to win these elections, with a clearer path to winning of the Electoral College.

But Mr ‘Brexit’ Trump now has a plausible route to victory, especially if there is a sharp fall in turnout among African-Americans from the levels of the 2012 election.

Markets Reaction to US Elections

On Wall Street, the S&P 500 closed down for the ninth consecutive session — the first time that has happened since 1980.

The recent moves reflect worries that investors aren’t sure whether to believe reassurances from polls. Last week, markets were volatile and risk sentiment was high. Both candidates want to increase spending and cut taxes which would be bullish for stocks and bearish for fixed income.

Analysts said a victory for Mr. Trump, who has threatened to rip up existing US trade agreements, would hit the Mexican peso hardest amid fears that he could spark a global trade war.

Trades between Mexico and the US has grown to more than $500bn a year since the NAFTA (North American Free Trade Agreement) in 1994, making Mexico the US’s third-largest trading partner after China and Canada.

The US Dollar is expected to expand its gains versus other currencies in a scenario of Clinton’s win as attention will be shifted to the federal reserve rate hike in December. A less optimistic vision for the US economy comes in case of  Trump’s win. The US dollar may weaken versus developed countries currencies as investors will seek safe havens currencies and commodities such as Euro, Yen and even the British Pound.

Precious metals will also suffer in case of Trump’s win. Oil prices and natural gas could get a lift as risk-return to markets.

Markets tend to dislike the unknown – hence Donald Trump. When US election results will come out, it will be adapted into financial markets, and fast. The week ahead might be hectic with many opportunities.