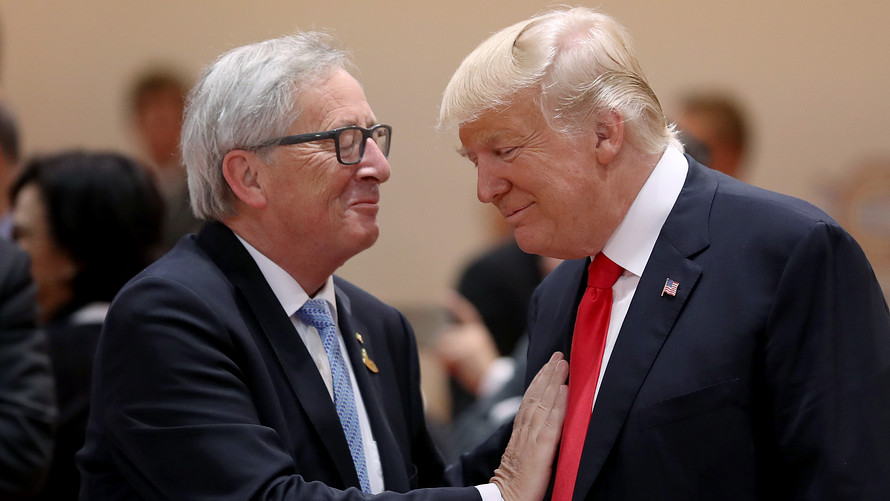 The US stock markets were marked by Tuesday’s growth in strong earnings reports, which allowed S&P500 to add 0.3% on Tuesday’s results. On Wednesday, by the beginning of Europe session, the futures for S&P index remains near the closing levels of the previous day. It is also worth mentioning the growth of companies’ shares in the agricultural sector thanks to Trump’s pledges to help farmers in case of a full-scale trade war with the EU and China.

Trade wars will be in the spotlight of markets again. The negotiations between Juncker and Trump focusing on international trade issues will be held on Wednesday.

The EURUSD has traded in a narrow range for the second day in a row, remaining close to 1.17 level in anticipation of important comments in the second half of the week. In addition to the meeting of Trump and Juncker, it is also worth highlighting tomorrow’s meeting, where the markets will try to grasp how seriously the central bank estimates the economic damage from already introduced measures and uncertainty around the future tariff policy.

Among the currencies of emerging markets is to highlight yesterday’s weakening of the Russian rouble and the Turkish lira, despite the overall increase in demand for risks. TRY lost more than 4% and returned to the area of historical lows to the dollar after Central Bank of the Republic of Turkey had kept the policy rate at 17.75%. The markets considered this as a strengthening of Erdogan’s power, as he earlier had expressed publicly his preference for a less stringent policy despite inflation.

The Russian rouble lost almost 1.5% last night after Trump’s tweet stating that Russia “will be pushing very hard for the Democrats” in the upcoming elections. These words were perceived by the market as Trump’s willingness to support new sanctions against Russia. Up to these words, the Russian market almost ignored the reports of a new U.S. Senate sanctions package.

Nor can it be ruled out that the current negotiations may also be of a positive nature. It is very likely that the stakes are high enough and the time has come to negotiate. Yet the main expectations of bidders are that the world’s largest economies can avoid full-fledged trade wars and protectionism.

Significant macroeconomic releases include the publication of sales statistics for new homes in the United States, as well as the reporting of such companies as Facebook and Visa.