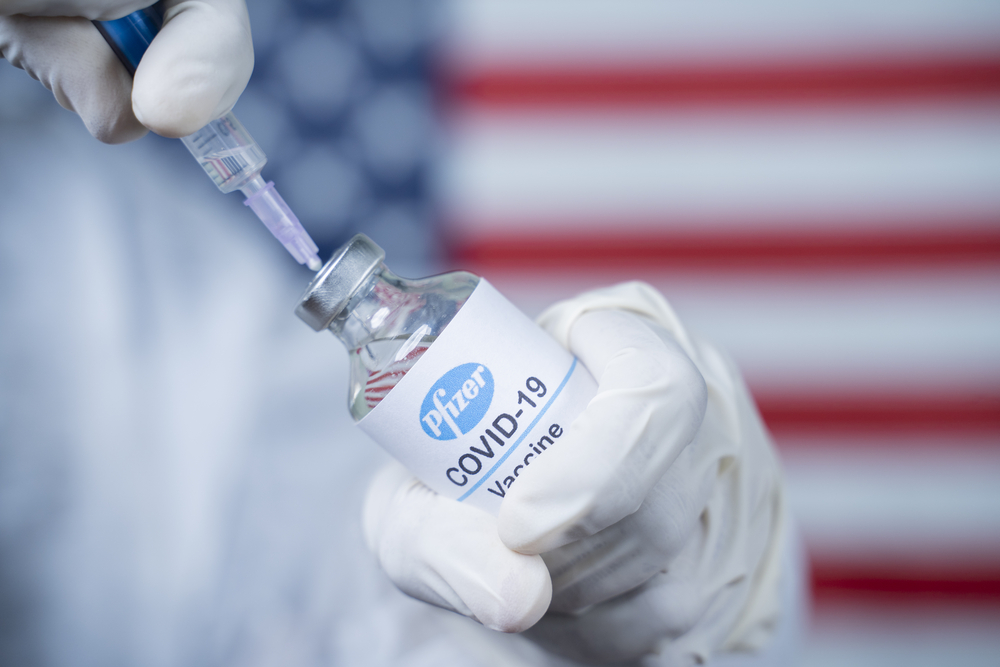 The Food and Drug Administration granted emergency authorization for Pfizer/BioNTech coronavirus vaccine, and the first shipments of the vaccine have been sent out.

Mass vaccination will take many months but markets see the light at the end of the tunnel, and S&P 500 futures are gaining ground in premarket trading. Not surprisingly, shares of Pfizer and BioNTech are also up in premarket action although it looks like the good news have been mostly priced in.

Oil, which is very sensitive to vaccine news, is also set to start the week on a strong note. Meanwhile, the U.S. dollar is currently trying to settle below yearly lows against a broad basket of currencies which may provide some support to precious metals and miners’ stocks.

Coronavirus Aid Package May Be Split Into Two Parts

The bipartisan group of U.S. lawmakers is reportedly ready to split the $908 billion coronavirus aid package proposal into two parts. The first part will be worth $748 billion and include items that are favored by both Republicans and Democrats.

The second part of the package will include funding for state and local governments, as well as liability protections for businesses. At this point, Republicans and Democrats failed to reach any consensus on these items of the package.

If the coronavirus aid package is successfully split into two parts, U.S. lawmakers will have a good chance to approve aid before the end of the year, which will be bullish for markets and economy.

Brexit Negotiations Will Continue Until The End Of The Year

EU and UK will have time until the end of the year to reach a compromise deal or UK will have to leave the EU without a deal. This scenario may put significant pressure on markets.

According to recent reports, both sides believe that the next few days will be critical for the success of negotiations. At this point, another extension of Brexit negotiations serves as an additional supportive catalyst for markets, but the situation may change quickly in case EU and UK admit that they would not be able to reach a deal.