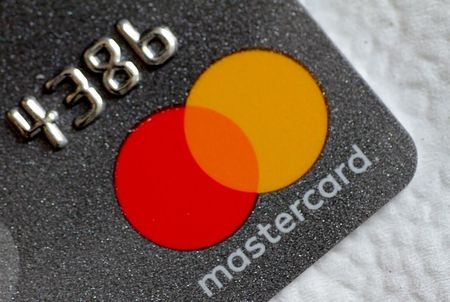 Mastercard, allpay, APS, PFS and Sulion agreed not to compete or poach each other’s customers on cards used by local authorities for welfare payments to the homeless, victims of domestic violence and asylum seekers, the PSR said.

The investigation is ongoing and the companies can make representations on the provisional findings, the PSR said.

Mastercard, allpay and PFS have admitted liability and if the regulator ultimately concludes there is wrongdoing have agreed to pay maximum fines totalling more than 32 million pounds ($44 million), the watchdog said.

One breach took place over six years between 2012 and 2018 and involved all five firms, the PSR said.

The other lasted between 2014 and 2016 and involved APS and FPS, the watchdog said.

“Pre-paid card services, like these, can provide significant benefits to local authorities as one way to make welfare payments to some of the most vulnerable people in society,” said Chris Hemsley, managing director of the PSR.

“By colluding in this way, we consider the parties were acting as a cartel… Collusion in payments is absolutely unacceptable. Where we see it happening, we will take action, stop it, and seek to impose significant penalties.”

Mastercard, allpay, APS and PFS were not immediately available for comment. Sulion could not be reached.