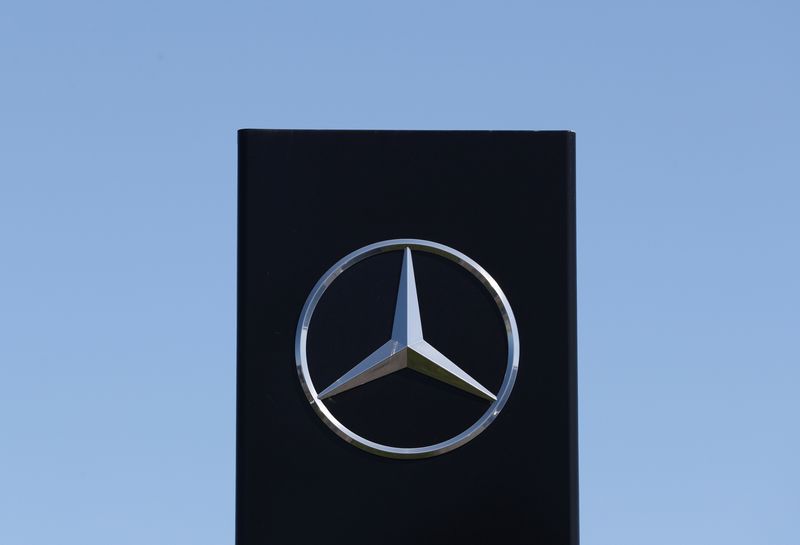 BERLIN (Reuters) – Mercedes-Benz Cars & Vans expects an adjusted earnings before interest and taxes (EBIT) of 14 billion euros ($15.9 billion) in 2021 and sees supply chain headwinds persisting into 2022, it said on Friday.

The luxury carmaker predicted an adjusted return on sales of 12.7% in the full year, beating its own guidance of 10%-12% as the jump in electric vehicle sales made up for supply chain troubles, it said as it released preliminary results.

But it expects high raw material prices and semiconductor shortages to prevent it meeting strong demand for its products this year, Chief Financial Officer Harald Wilhelm told a call with analysts.

The chip shortage would ease in the second half of 2022, he said, adding that a “good part” of raw material costs were locked in but unit sales would still need to increase to mitigate the hit from rising costs.

“There will be a (raw) material headwind, so I think we will need the volume lever to mitigate and fight it,” Wilhelm said. “We will try and see what can still be done on top of 2021 in terms of the pricing but the pricing itself will not be enough.”

Data released by Mercedes-Benz in January showed the carmaker registered a 5% sales drop in 2021, losing its crown for the first time in five years to BMW as the premium carmaker with the most vehicles sold.

Chief Executive Ola Kaellenius has repeatedly said the aim was to boost profitability rather than focus exclusively on unit sales in its bid to raise the firm’s stock market valuation after splitting from Daimler Truck in December.

“Our good results are the outcome of highly sought-after products and the focus on profitable growth and cost discipline,” Kaellenius said in a statement.

The fourth quarter saw an adjusted return on sales of 15%, the company said on Friday, with profitability boosted by “solid net pricing, good product mix and favourable used car performance.”

Mercedes-Benz expects the deconsolidation from Daimler Truck to boost its EBIT by 9 to 10 billion euros.

Mercedes-Benz is due to report full-year results on Feb. 24.