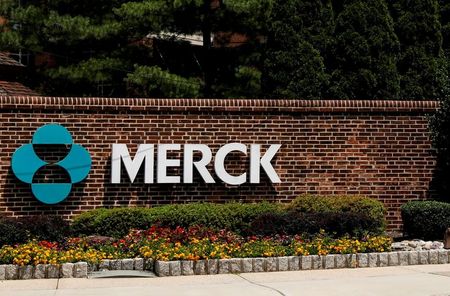 Shares fell nearly 2% to $75.70 before the opening bell as the health crisis also led to a roughly $600 million drop in first-quarter sales.

Merck has said two-thirds of its treatments and vaccines need to be administered by a doctor, leading to a larger impact from the pandemic-induced restrictions. Full-year sales are now expected to take a hit of 3%, from 2% previously.

The company is also struggling with a decline in the use of vaccines to treat other diseases besides COVID-19, echoing an impact disclosed by Britain’s GlaxoSmithKline on its vaccines business on Wednesday.

Sales of Merck’s Gardasil, a vaccine to prevent cancers caused by the human papillomavirus virus, tumbled 16.4% to $917 million in the first quarter, hurt by lower demand in the United States and Europe.

The company expects the impact to vaccine sales to persist during the first half of 2021, and will allocate doses of Gardasil to markets outside the United States to soften the blow.

Merck reiterated its 2021 adjusted earnings per share expectation of $6.48 to $6.68, and did not assume any benefit from a potential launch of molnupiravir, an antiviral drug for COVID-19 it is developing with Ridgeback Biotherapeutics.

Excluding items, the company earned $1.40 per share, missing the average analyst estimate of $1.63, according to IBES data from Refinitiv.

(Reporting by Manas Mishra in Bengaluru; Editing by Sriraj Kalluvila)