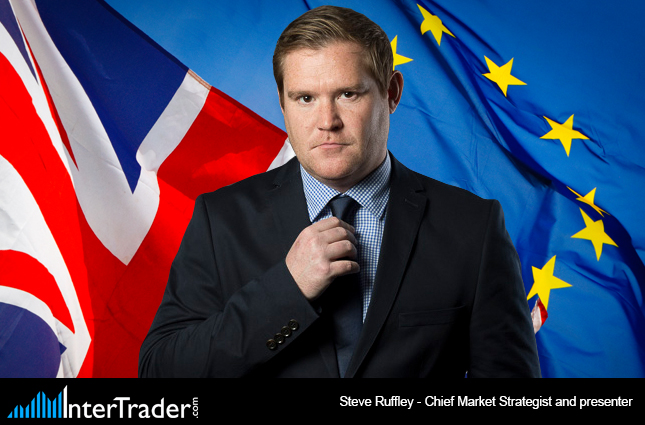 The summer of ’16 EU Referendum not only had the UK population divided but also the global financial markets.

For the UK population, the outcome of the referendum was arguably more about social status and national pride than any real understanding of the implications if Britain voted to go it alone.

While there was plenty of scaremongering by the Remain camp, even today it’s unclear what the actual impact to the UK economy will be over the short, medium and long-term. It’s not likely to become clearer until the British government has completed negotiations on key issues including freedom of movement, single market access and, of course, trade.

Across the EU, Britain’s decision to leave the EU certainly had the Establishment a little anxious, with the rise of populist parties across major European economies threatening the future of the EU.

For now, Britain stands alone, but how Brexit impacts the British economy will be watched closely and other countries may follow if it turns out to be a better life for the average Brit.

Brexit has certainly had an impact on the UK economy since the EU Referendum, though few will have predicted the performance of certain asset classes or the resilience of the UK economy to date.

The scaremongering seemed to have got the better of even the Bank of England’s Monetary Policy Committee in August 2016, as they cut interest rates to 0.25%, while also increasing the QE Total to £435bn. The move came off the back of a sudden fall in private sector productivity, reflected in August 2016’s PMI numbers.

Mark Carney and the team had a dilemma on their hands: whether to protect the economy or manage inflation. They decided the economy had to come first. Of greatest surprise was perhaps the fact that the decision had been based upon survey data.

There were many notable events and market moves in response to the EU Referendum, but some of the more material ones included:

It wasn’t plain sailing for the record high, however, with the FTSE 100 touching sub-6,000 levels shortly after the Referendum before the smart money started rolling in.

Some UK economic stats can shed light on the Brexit effect:

Volatility in the Pound has persisted with more than a year of uncertainty moving the Pound in both directions. A soft Brexit is apparently favored by the markets.

While the financial market response to the EU Referendum was debilitating for some, InterTrader’s Chief Market Strategist Steve Ruffley sees the entire Brexit vote and process as an opportunity.

“I think from a trader’s perspective you can only class the whole Brexit situation as an opportunity. It’s easy to get dragged into the emotional and political drama. Will it be good for the UK? Will it be bad? I personally don’t know and, more importantly, I really don’t care, that’s all in the future. What it does mean however is that in the short term there is uncertainty. This I can use to make money trading.

“The doom and gloom of the ‘remainers’ never seemed to translate into Armageddon for the stock markets. In fact the FTSE 100, after an initial wobble, has done nothing but make record highs. The FTSE historically always looked shaky above the technical and psychological 7,000, but now it looks almost certain to hit 8,000.”

According to Ruffley, not only has the stock market reacted positively to Brexit but also have other UK investments: “There has been a record ‘start-up’ investment, there has been plenty of commercial building approved and there has been no mention of a wholesale shift of banks to the EU. Sure, we may lose a few thousand bankers to France, Germany, and Amsterdam… it’s not like the City will miss a few bankers.”

Although so far the British economy has reacted positively, the British pound has been sensitive and quite volatile since Brexit. InterTrader’s Steve Ruffley explains: “The main loser in the Brexit fallout is the pound. Against the major and minor FX pairs, GBP has seen significant downside pressure. This is where the unknown comes into play for speculators. Whereas the global stock market rally has maybe just taken the FTSE with it for the ride, the pound has certainly taken the full force of Brexit ‘fear factor’.

“With the US the first to move on interest rates it’s not a surprise that there were big losses for pound against the US dollar. Down at 1.21, there was the real danger of GBP/USD getting to parity. This was always going to be short-lived in my opinion as the low pound was always going to bring inflationary pressures, and after 10 years of ultra-low rates Carney has simply run out of time and rates had to go up. So any scenario where the pound only got sold was always going to be short-lived. I see every Brexit step forward bringing that fear level down and I still see GBP/USD heading back to 1.50 by the end of the year.

“What was more interesting to me was the level of selling we saw in the minor FX pairs. Take GBP/NZD for example. We saw the pound drop to 1.68 against the kiwi. We have since seen a rebound but not as much yet as I anticipate. This goes back to that ‘fear’ and speculation. You look at the facts: 4.8m people and an exporting country vs the City of London. The two side by side seems like David and Goliath in economic terms, so when the pound starts to rally, and it will, I see the biggest gains coming from these minor FX pairs that have seen the greatest over-extensions.”

Brexit: a Prediction of the Most Affected Instruments

Looking ahead, the recent rally in the pound has come from a shift in market sentiment towards Brexit, with the Dutch and Spanish governments insinuating that a soft Brexit may be on the horizon, with Britain able to maintain close ties with the EU. The jury is out on whether Germany will be as forthcoming as its neighbors and provide Britain with the best possible Brexit outcome.

Either way, with the BoE having to turn the screw on monetary policy in order to curb inflation, Brexit or not, the pound is unlikely to stay at current levels. With this logic in mind, a return to $1.5 levels should also see the FTSE 100 pull back to sub-7,000 levels initially and then ease back further as economic momentum slows.

When InterTrader’s Steve Ruffley was asked about his Brexit predictions for the year ahead and whether there are any specific instruments that traders should add to their watchlist, his five predictions were as follows:

“1. There will be a significant correction in the FTSE 100. Maybe below 5,000. It is impossible to know exactly what will trigger this but it will not be Brexit-related. It will be Goldman Sachs and the 1% who decide to cash in.

“2. The British pound can only go up. Carney has backed himself into a corner. Debt is too high, inflation is too high, and time has run out for ‘accommodation’. The average man on the street will now have to pay up. Interest rates will go up and the pound will follow. So GBP/USD, EUR/USD and any low-trading GBP pair should be looked at.

“3. Gold has rallied back to the $1,300 mark. This is a significant 50% retracement of the last bull move where we reached $1,900. This is traditionally a protection against inflation and a store of wealth, for the older generation that is. Take the rise of Bitcoin and other cryptocurrencies, and I see gold crashing back to $1,000.

“4. Bitcoin. The great Bit-con. Dow Theory states that assets process trade at a level as everything is known. We don’t know the identity of the creator of Bitcoin. How then can any price be a true reflection of what is known? It’s a fad that will go as fast as it came leaving in its wake a sea of ‘investors’ who lost the lot.

“5. The euro is hugely overpriced. Once again the EU is bankrolled by Germany, a huge producer – the strong euro does it and the EU no favors. It seems the pound loses in the Brexit scenario and the euro wins. This will reverse as it is lose-lose for both sides. I would be selling highs in EUR/GBP.”

There are certainly plenty of opportunities ahead when it comes to the pound and its pairings. The likely pick-up in volatility will provide plenty of scopes to reap the rewards, whatever the outcome and ultimate impact of Brexit on the UK economy.