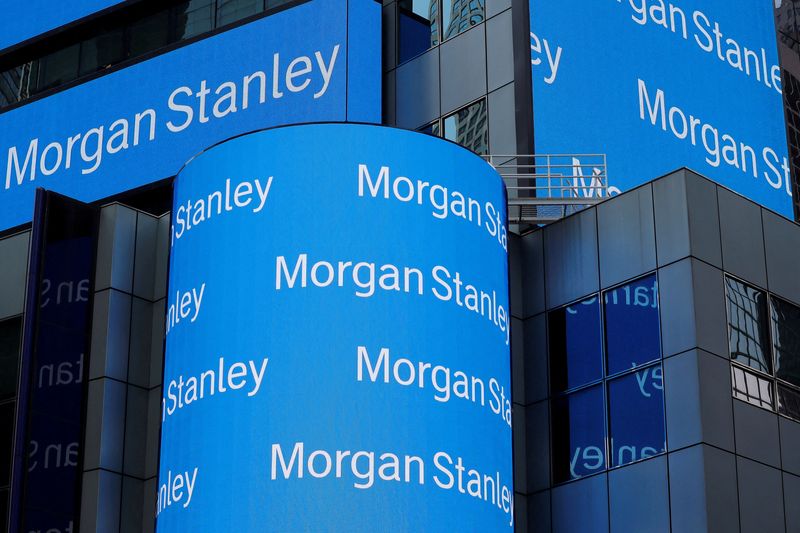 LONDON (Reuters) – Morgan Stanley said on Wednesday Ukraine’s economy could slump as much as 60% year-on-year in 2022 in case of a “more prolonged conflict with no clear resolution” following Russia’s invasion.

The bank considers this would be the worst case scenario, which included Ukraine losing access to the Black Sea in the south. The bank’s base case scenario is a 39% GDP contraction in 2022, factoring a prolonged conflict “with fading intensity.”

“While the external balance deterioration should be limited due to a major imports drop, fiscal and more broadly funding needs are a major challenge” wrote Morgan Stanley economists in a note.

Ukraine’s sovereign international bonds are currently pricing in a “light” debt restructuring with “all payments cleared until 2026 yet no haircut, at a conservative exit yield of 14%”, the note added.

On Wednesday, Ukraine’s $1 billion bond due in September 2022 traded at just under 70 cents in the dollar while most of the remaining issues were bid between 34 cents and 47 cents, Refinitiv data showed.

Morgan Stanley sees Ukraine financial needs at $4.7 billion a month and said how the country will use international aid for reconstruction will play a key role in the economy’s long-term outlook.

(Reporting by Jorgelina do Rosario, editing by Karin Strohecker)