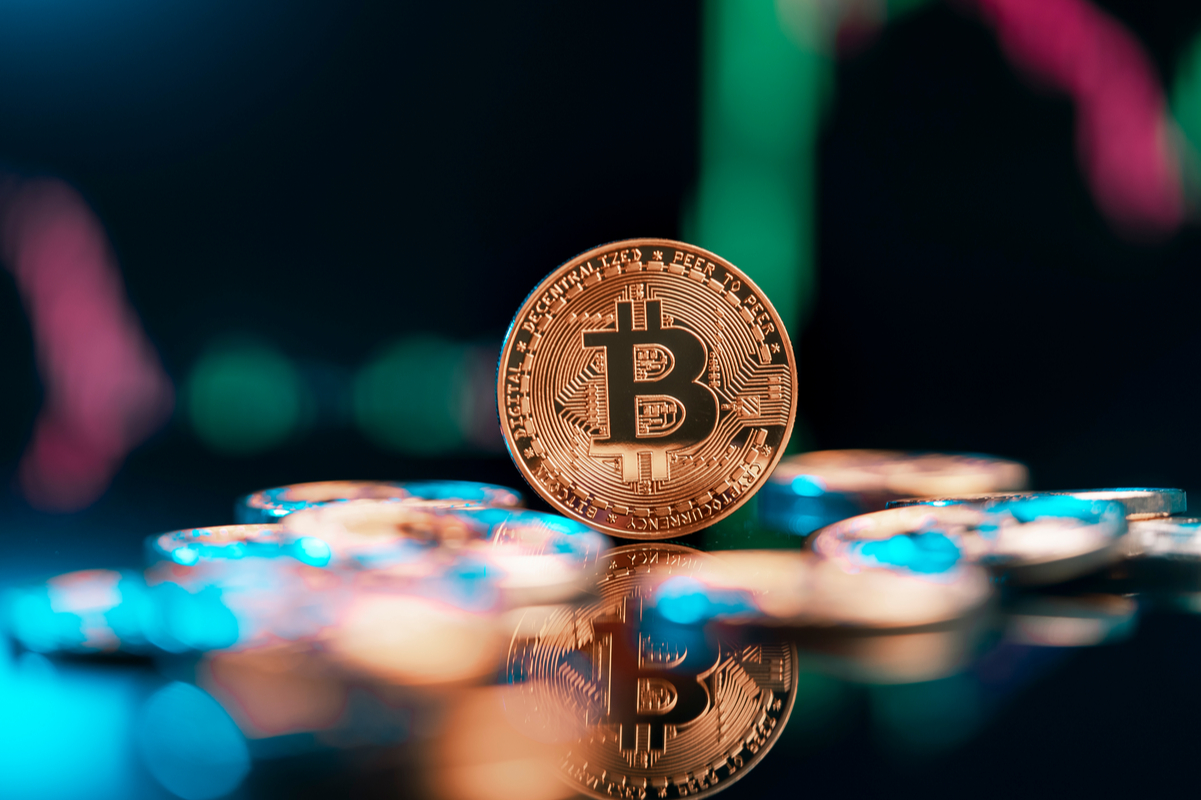 State of the Market

Aside from being a little more explicit in his acknowledgment of the risk that the US economy might fall into a recession, Fed Chair Jerome Powell’s comments at Wednesday’s Congressional testimony weren’t much different from those he made one week earlier after the Fed lifted interest rates by 75 bps for the first time in 28 years. Achieving an economic soft landing “is going to be very challenging” and a recession is “certainly a possibility” Powell conceded to lawmakers.

Powell reiterated that the Fed must press ahead with rate increases to get inflation under control, giving cryptocurrency traders and broader financial markets very little to trade off of. In pre-market trade on Thursday, US equity index futures are trading with a positive bias and eyeing a test of weekly highs, though remain within recent ranges. This is lending cryptocurrencies some support, with total crypto market capitalization hovering just under $900 billion as Thursday, about 4.5% up from Wednesday’s $850 billion lows and still around 16% higher versus weekend lows under $800 billion.

Cryptocurrencies have been resilient to growing calls for a US recession in the near term by major Wall Street banks and other analysts this week, perhaps as a recession may take the pressure off of the Fed to be so aggressive with rate hikes when tackling inflation. Data out later in the day (weekly US jobless claims and preliminary June PMI survey estimates) will give a timely insight as to the health of the US economy and, if weak, will lead to renewed recession calls that will test crypto’s resilience in the past few days. Powell will also be speaking again at the second day of his Congressional testimony, but his remarks will be a copy and paste from Wednesday.

Bitcoin, the world’s largest cryptocurrency with a market cap of around $395 billion, was last trading around $20,600, up about 3.5% on the day having found support $20,000 earlier. Ethereum, meanwhile, was last up about 5.5% on the day and trading back around the $1,100 level, having bounced from a test of $1,050 overnight. Price action across the major altcoins is similar; up from overnight lows but still within recent ranges.

According to reports on Thursday, popular crypto lending firm Nexo is looking to take advantage of the crypto winter by pursuing a mass consolidation of the crypto industry through mergers and acquisitions and is working with major US investment bank Citigroup. “We have been approached by multiple Wall Street banks and decided to officially explore the opportunities for acquisition to help stabilize our nascent industry,” said Nexo’s co-founder Antoni Trenchev. Back on 13 June, Nexo revealed it was planning to buy out rival crypto lending platform Celsius Network, which has frozen customer withdrawals now for ten days.

Elsewhere, the billionaire CEO of crypto exchange FTX Sam Bankman-Fried has signed deals to bail out two major crypto firms in the last two weeks. Reports on Thursday suggest that FTX will provide crypto lending and custody service BlockFi with a $250 million revolving credit facility after the firm recently announced it was laying off 20% of employers. Last week, Bankman-Fried’s quantitative research firm Alameda Research it would provide Voyager Digital with $500 million in financing.

Binance.US, Binance’s US subsidiary, on Wednesday announced that it would offer zero-fee Bitcoin trading in order to attract more users. Coinbase, the largest US-based crypto exchange, saw its share price tumbled on the news. Coinbase will continue to face headwinds in the current crypto downturn, BTIG equity research analyst Mark Palmer said in a note earlier this week, with woes compounded by Celsius Network and Babel Finance’s struggles.

Elsewhere, Singapore-based crypto derivatives exchange Bitget on Thursday announced plans to double the size of its workforce in the next six months. The company aims to employ 1,000 workers by the end of 2022, up from 150 at the start of 2021. Bitget’s expansion comes at a time when other major crypto exchanges like Coinbase, Gemini and Crypto.com are shrinking the sizes of their respective workforces amid this year’s slump in crypto prices. Bitget has experienced “tremendous growth and generating strong and recurring cash flow despite uncertain market conditions,” said Bitget Managing Director Gracy Chen.

Meanwhile, Bybit and KuCoin are set to be slapped with enforcement action from Canada’s top financial regulator the Ontario Securities Commission (OSC) for failing to comply with securities law. Both stand accused of allowing residents of Canadian state of Ontario to trade unregistered securities. Bybit reached a settlement with the OSC which will include a C$2.5 million fine, while KuCoin will be banned from operating on Canadian soil for non-compliance with the agency.

Fed Chair Jerome Powell was quizzed on crypto and regulation by US Senators at Wednesday’s testimony. Speaking about the crypto markets crash and high profile liquidations and exchange blow-ups, Powell said the Fed is “tracking those events very carefully” but that the central bank is “not really seeing significant macroeconomic implications”. Nonetheless, Powell said he sees the need for a better regulatory framework. “A lot of the digital finance products, in some ways, are quite similar to products that have existed in the banking system or the capital markets, but they’re just not regulated the same way,” Powell noted, adding that they need to be regulated in the same way.

In other notable US regulatory news, US Congressman Jim Himes published a white paper on Wednesday in which he argued in favor of the creation of a Fed-issued Central Bank Digital Currency and argued it might be a safer bet than cryptocurrencies and private stablecoins. “A US CBDC would have advantages over privately issued stablecoins and crypto‐assets, most notably the ability to be backed by the full faith and credit of the US government, like traditional cash, and would provide holders with a degree of safety that may not be offered by privately issued stablecoins because of the risk associated with sponsors’ reserves,” Himes argued in the document.

Crypto has “Huge Applications and Potential within the Financial Sector”, Says BoE Policymaker

Elsewhere, survivors of the current crypto market crash could rise to dominate in the future like major tech names like Amazon and eBay did after the dot-com crash just over two decades ago, Bank of England Deputy Governor Jon Cunliffe said on Wednesday at a forum in Switzerland. Cunliffe said crypto/blockchain technology has “huge applications and potential within the financial sector” despite current uncertainty. “Whatever happens over the next few months to crypto-assets, I expect crypto technology and finance to continue,” he added, noting “it has the possibility of huge efficiencies and changes in market structure”.

His remarks contrast with commentary from other BoE policymakers. The bank’s governor Andrew Bailey recently said in a testimony before the UK Parliament that crypto has “no intrinsic value”. Meanwhile, Cunliffe had previously warned that crypto’s rapid growth poses a threat to broader financial stability.

Over in India, the government has issued clarifications to its controversial and stifling new crypto tax laws. From 1 July the country will implement a 1% tax on all crypto transactions on exchanges, who must notify the government of transactions within 30 days after the end of the month in which the transaction was made, with any sum to be paid also due then. At the start of April, India introduced a new 30% capital gains tax on crypto, though the transactions tax will be deductible from this.

Meanwhile, over in Singapore, chief fintech officer Sopnendu Mohanty of the country’s central bank told the Financial Times on Thursday that it will be “brutal and unrelentingly hard” on bad behavior in the crypto industry. Mohanty told the FT that is enforcing a “painfully slow” and “extremely draconian due diligence process” to licensing crypto businesses as it seeks to protect its broader economy.

Finally, over in China, in an apparent attempt to dissuade citizens from purchasing cryptocurrencies after they were banned last year, various Chinese government mouthpiece news outlets have said that Bitcoin is headed to zero. According to China’s Economic Daily, Western nations have created a highly-leveraged market that is “full of manipulation and pseudo-technology concepts”. “Bitcoin is nothing more than a string of digital codes, and its returns mainly come from buying low and selling high,” the paper decried. “In the future, once investors’ confidence collapses or when sovereign countries declare Bitcoin illegal, it will return to its original value, which is utterly worthless,” it concluded.